Where do you think you're going? 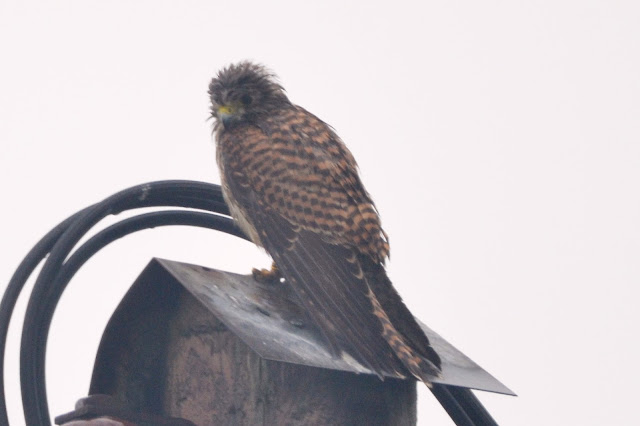 Photo by Alex Jamieson
An email popped into my inbox today with details of a sighting of a young Kestrel, ringed earlier this year in one of Red Liford's nest boxes near Lledrod in Ceredigion. Given the location and the distance of the sighting I was a bit sceptical that the report was correct but, if it was, wanted to post something on the blog. I sent the finder an email to see if they had any photos of the bird and thankfully, not only did they have photos but several (not posted here) confirmed, without any doubt, that the bird in question was one that we had ringed and was not one from another scheme with similar rings. It was photographed (looking very sorry for itself) in heavy rain on Rattray Lighthouse in Aberdeenshire, just over 600km NNE of where it had hatched! 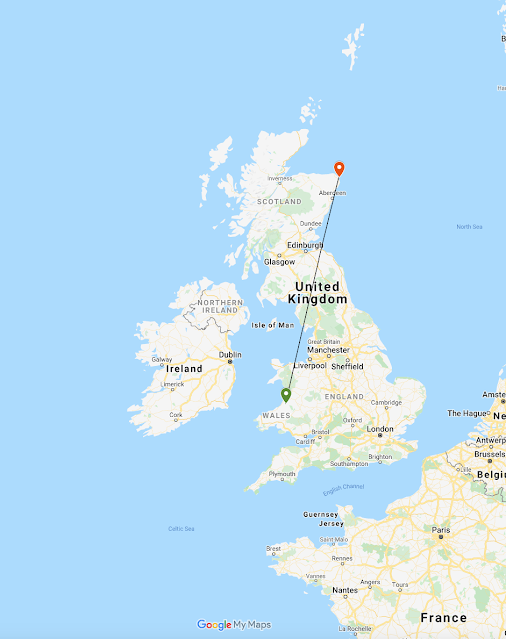 We get disappointingly few records of our ringed Kestrels but since colour-ringing started we have had recoveries from West Yorkshire, Cheshire, Shropshire, Gloucester, Wiltshire, Suffolk and even Spain. This current movement to North Scotland is totally unexpected and unprecedented.

I really hope the bird in question survives and in a way I hope it doesn't attempt the return journey, at least not until we get some better weather next year.