Ever seen a live vulture? Use your internet skills to ensure the next generation get the same opportunity! 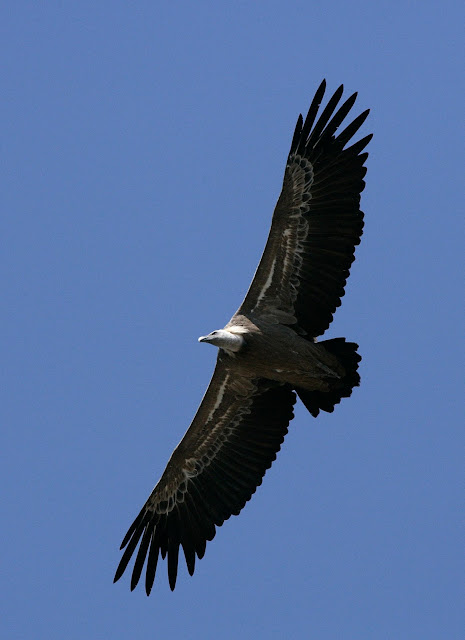 It has been a life-long wish of mine to get up-close and personal with a Lammergeier. My house is named after the place I first saw one. Vultures may not be the most beautiful birds in the world but they are certainly one of the most impressive and perform a vital ecological role into the bargain. Drug companies are getting rich marketing a veterinary drug, Diclofenac, that is proven to kill Gyps vultures such as Griffon Vulture and eagles too. There are safe and effective alternatives. This petition has been running for a while but has only just come to my attention. If you haven't already signed please take a minute or two to sign and stop this absolute nonsense. Iran has just banned it so why the hell can't Spain and Italy?

https://www.change.org/p/ms-silvana-dal-magro-diclofenac-the-vulture-killing-drug-is-now-available-on-eu-market-ban-it-now?recruiter=417212070&utm_source=share_petition&utm_medium=copylink
Posted by Tony Cross at 11:01 No comments:

My nights during the last two weeks have been devoted to our annual round of Dipper roost ringing. Each of over 250 bridges is visited to count the number of birds present and also to catch as many as possible. So far we are about half-way through with 170 birds caught out of exactly 200 found. About 1/3rd have been new birds with the rest retraps and including a good number ringed earlier this year as pulli. I will post a more complete analysis when the visits are complete. A few night back though, Jacques, Beth and I had a much bigger catch than expected! 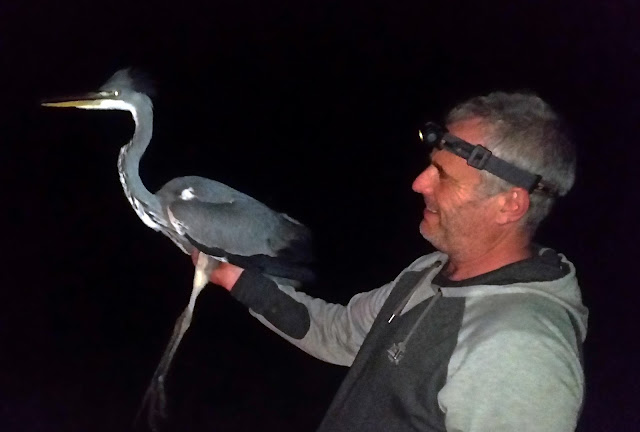 Best to lean well back out of reach of that beak!


This young Grey Heron made the mistake of roosting within landing-net reach in an alder tree by one of the bridges. This is the first Grey Heron we have ever lamped although Paul and I caught one in a mist-net whilst Dippering a year or two back. 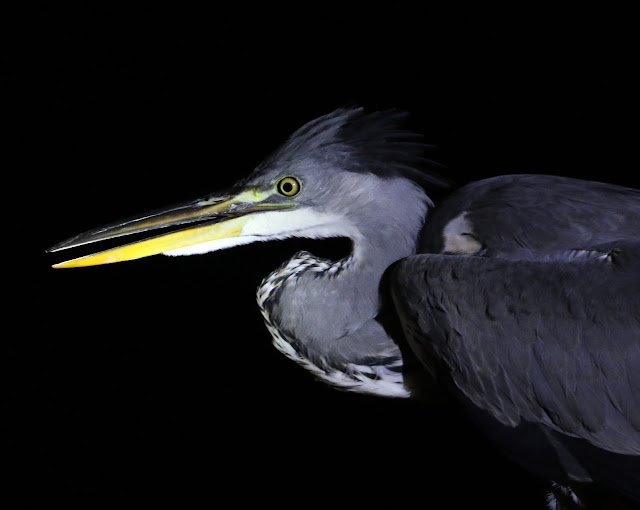 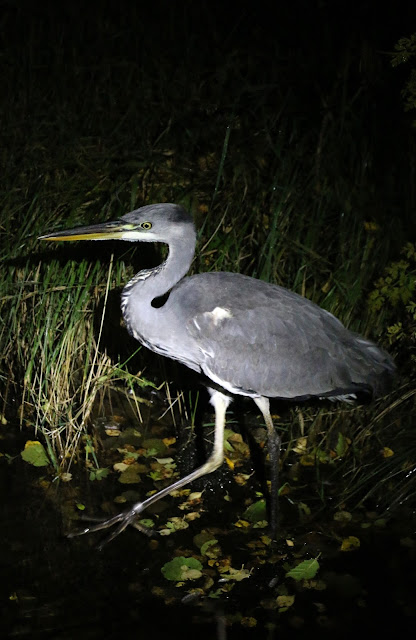 Stalking off, slightly crest-fallen but non the worse for its brief encounter

A few nights later I had my highest ever single bridge count of 12 Dippers (I've previously had 11 birds under the same bridge on a couple of occasions) - what's more I caught 11 of them and managed to read the colour-ring on the other.
Posted by Tony Cross at 11:52 1 comment:

One small step for science, one giant leap for the Cross and Stratford Welsh Chough Project...! 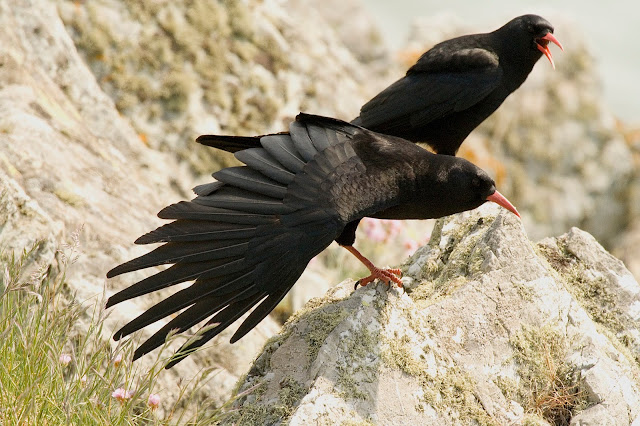 Wahoooo..... we've written a paper!! It might not be in the most lofty of Journals and it might be more Jimmy Carr than Rachel Riley in its statistical handling but its in print, its out there and it is already being used to further the conservation of its subject species which is why all of us "Citizen Scientists" (God, I hate that tag!) should ultimately strive to publish our results where possible. I've always held the view, and felt perfectly comfortable with the fact that, as trained and  licenced bird-ringers every single bird we ring is contributing in a small way to a pooled national database that is there for more learned, and able, scientists to mine, to transform, to regress, to interrogate, extrapolate and bootstrap but ultimately to produce meaningful and useful science. It matters little what our individual motivations are, collectively we are providing data, and these more learned folk can do nothing without data. I do have a slightly different view now however! Everything I previously thought still holds true but it is too good a feeling to give to someone else! It feels great to have produced something ourselves so maybe this is just the start!!

In the same way that every bird ringed adds to the national database, so every helper that provided re-sightings, carried a ladder, sat on a pin, slimed into a sea-cave or simply sat there and scribed has helped us collect the data we needed for this paper - your contributions may have seemed insignificant but collectively they were vital, thank you one and all!!

So here it is, if it might be of interest please take a look.

N. B. Birds in Wales is the twice-yearly Journal of the Welsh Ornithological Society, if you have the slightest interest in birds in the principality and are not already a member you are missing out. Please go to  www.birdsinwales.org.uk and join now.
Posted by Tony Cross at 14:58 No comments: