We've just received one of those bittersweet recoveries - the group's first foreign Jack Snipe recovery (from France), unfortunately though the bird had been shot!! Nevertheless it may still shed some light into the migration patterns of the Jack Snipe, which we really seem to know very little about because of it's very secretive and elusive nature. The bird was originally trapped in Mid Wales on 23rd October 2016, and then shot in January 2017. So probably just using 'our field' as a place to refuel rather than a permanent winter site as many of the Jack Snipe do.

With over 200 Jack Snipe trapped and ringed (95% of them by dazzling) over the past 3 winters it's hoped that this won't be our only foreign recovery. Our only other Jack Snipe recovery, was of a bird controlled the following winter in Scotland (presumably back en route to Mid Wales?). 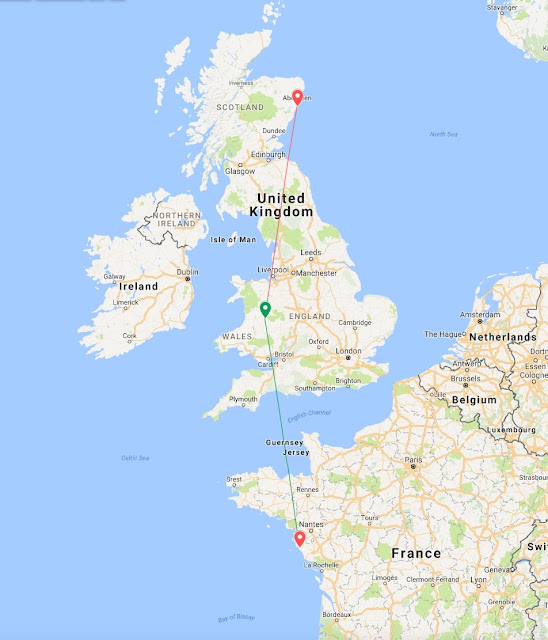 Even though it is sad news, it's certainly made all those nights going out looking for birds (often in foul weather) a lot more worth while. Who knows, maybe our next recovery will be of one at its breeding grounds?!! 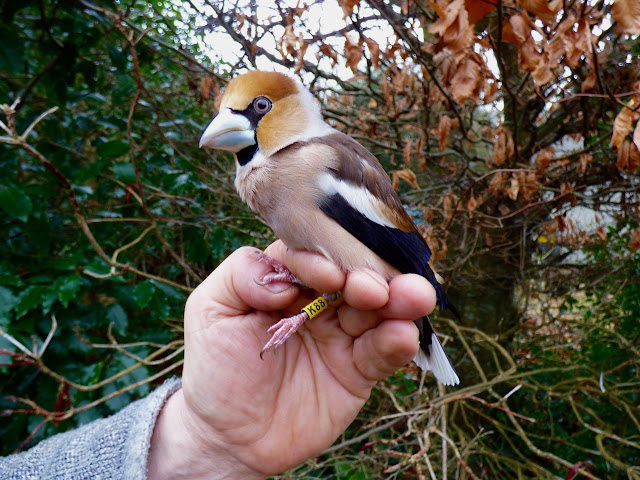 Today marked the first day of catching Hawfinches at Dolgellau in the excellent company of Hawfinch maestro Dave Smith and garden-feeding Hawfinch champions Trevor and Chris Bashford. There were plenty of birds present today but catching was modest with just 7 birds caught including 4 new and 3 retraps.

Dave also had news of one of our birds that had been found dead in a Churchyard in Denbighshire yesterday. It had originally been ringed Yellow C68 as a 2 year+ male at our main woodland study site on 7th April 2012 (on a visit with Lee and Rachael Barber). When next caught on 5th May 2012 (at the same site) it had already managed to crack off its colour-ring so was re-ringed Yellow E10. On 15th June 2013 it was recorded at a nest-site several kilometres from the ringing site by Dave Smith. Amazingly the next sighting was in Trevor and Chris's garden feeding recently fledged (ringed) young over 6km from that known nest on 2nd July 2013. Following 25 more positive sightings and 1 retrap it was last recorded in the Dolgellau area on 27th June 2015. On 5th February 2017 its two bloodied rings and a pile of freshly plucked feathers were found by John Harrop in Ruthin, 50 kms from where it was ringed!! There is clearly much still to be learnt about this stealth finch with nomadic tendencies.

Dave has recently written an article on Hawfinches in Meirionydd for Natur Cymru, I will attempt to get a pdf copy and post a link
Posted by Tony Cross at 00:01 No comments: