Well we might have ill-advisedly severed our close connections to Europe but our Curlews seem not to have done the same.

Three recent sightings have highlighted, once again, the vital need for cross-border conservation initiatives when dealing with species such as the Curlew. It is well-known that our breeding population is supplemented each winter by large numbers of birds seeking refuge from colder climes in Scandinavia, Poland, Germany, Russia and elsewhere in Northern Europe. It is less well known that, whilst most just move to southern Britain or Ireland for the winter, some of our breeding birds also move to warmer countries a bit further south.

Yellow FW, a bird that regularly winters at Petit Port, Jersey has now returned for the 5th winter in succession.Yellow ZB a breeding male from the Shropshire part of the Curlew Country area was reported in Northern France in July (see earlier post Curlew là là) and now Yellow XC, an adult female ringed at a newly created wader scrape in the Curlew Country area, has been photographed near Santander - no not the one in Welshpool High Street, the one in Northern Spain! According to the BTOs current Online Ringing and Recovery Reports BTO online-ringing-reports this is only the fifth reported record of a British-ringed Curlew in Spain. 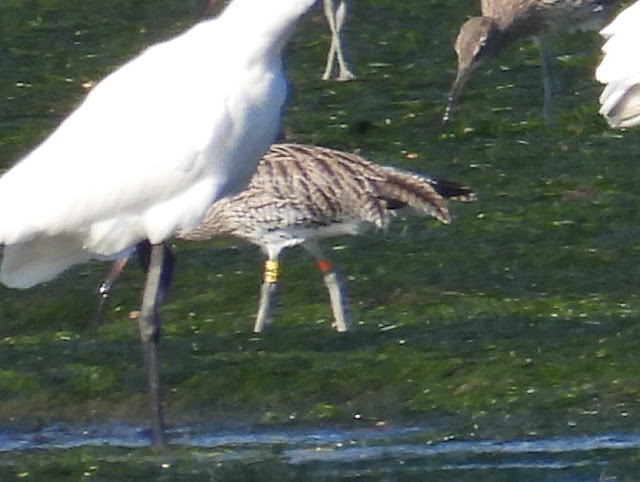 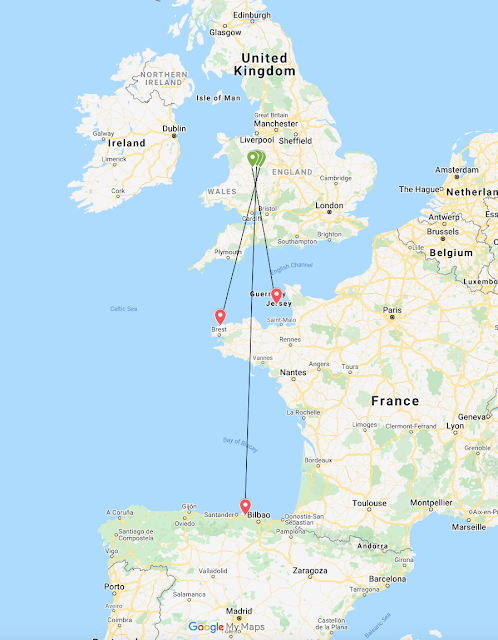