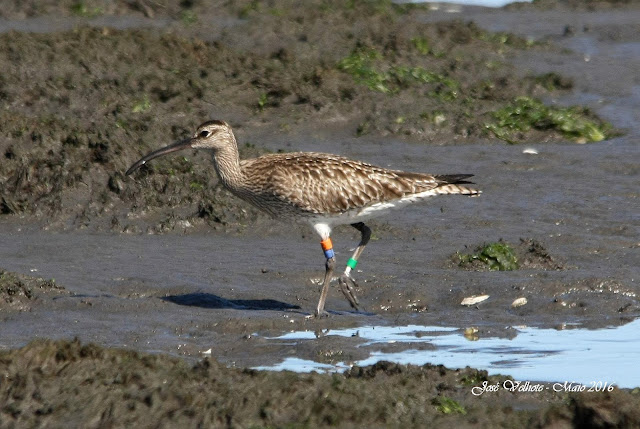 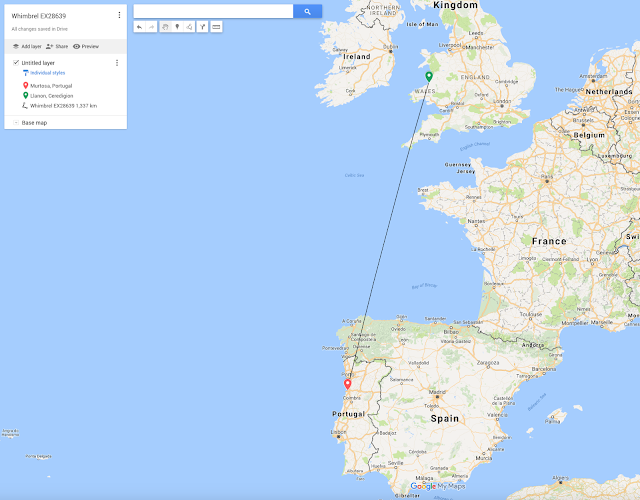 North or South, that is the question!

Have recently received this photo from Andy Davis of a colour-ringed Kestrel at Little Neston on the Dee Estuary taken on 28th November 2016. Apparently it has been mobbing Short-eared Owls and stealing their catches. 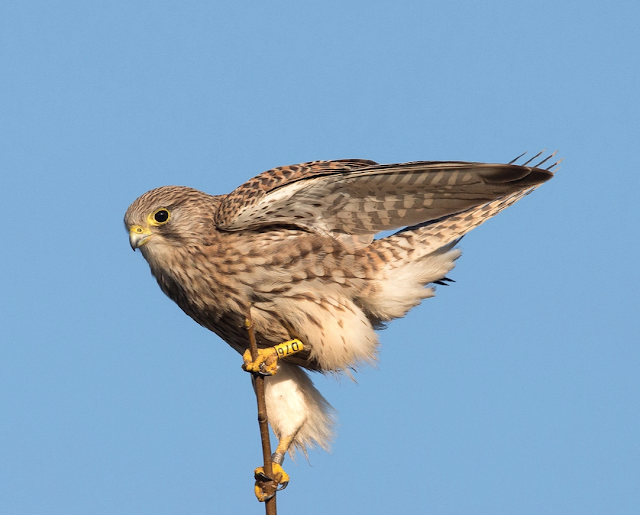 Thanks to Andy for the record and allowing us to use the photo.
Visit Andy Davis Flickr page for more stunning images

I assumed this was probably one of the few birds we colour-ringed in North Wales but having just looked it up was surprised to see it was a bird we ringed as a chick on 26th June 2016 in one of Chris Griffith's nest boxes high in the hills above Caersws, 85 kms from where it is now. The behaviour should have been a clue to its origins! It is one of the great fascinations of bird-ringing as to why one Kestrel from North Wales goes to Northern Spain for the winter whilst another moves north to winter on the Wirral! If it is still there at Christmas I'll have to nip over before dinner and say hi! 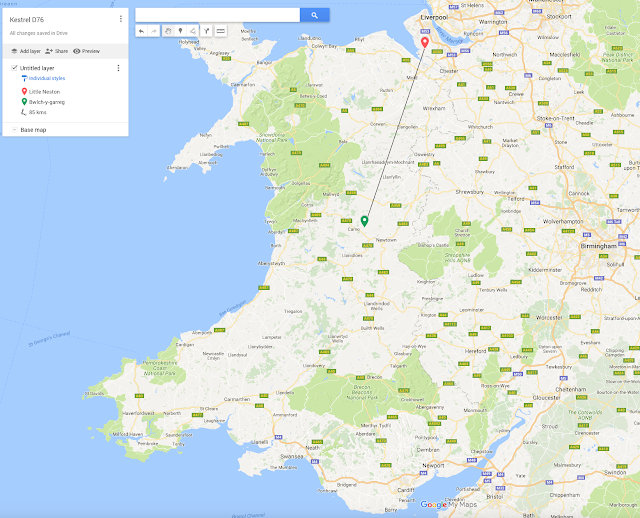