The welcome return of KFC

No, not a news item about the slackening of Covid-19 restrictions in the takeaway industry.

Thuens Kruger, an avid Sandwich Tern colour-ring reader in South Africa, has just sent me details of Sandwich Tern KFC ringed as a juvenile on autumn passage at Ynyslas in 2016 (shown below) see  https://midwalesringers.blogspot.com/2016/08/a-chicken-sandwich.html 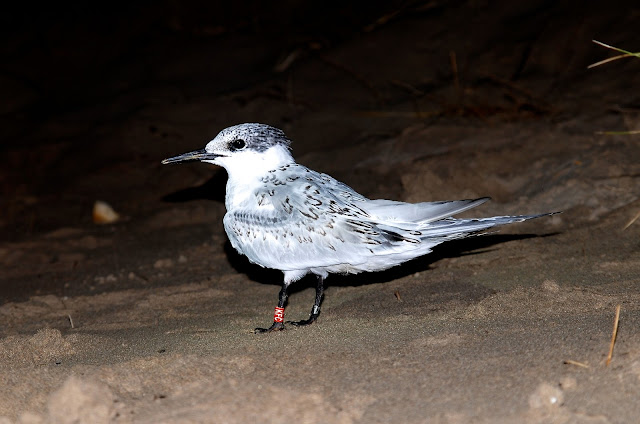 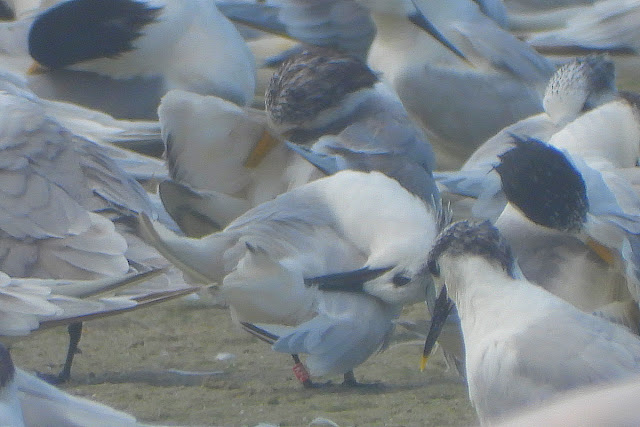 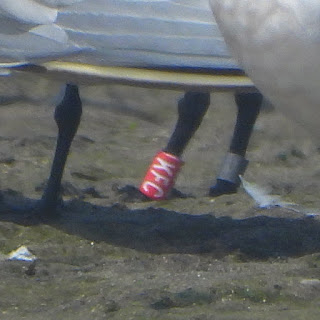 Neither photo is his best work but both certainly good enough and absolutely no doubt about the ring inscription, he also managed repeat sightings of KAL and KNB too. Really good to hear KFC is still going - waiting on news of its namesake now!
Posted by Tony Cross at 12:03 1 comment: 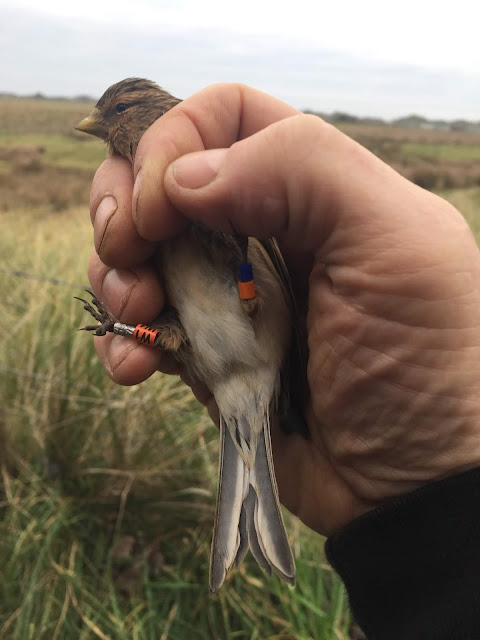 On 26th November 2018, at one of our regular ringing sites next to Ynyslas NNR, I caught my first ever Twite in over 35 years ringing there. In fact I caught my first ever 8 Twite! One of our then trainees, Ed O'Connor, had found the small flock, the largest seen in Ceredigion for a good many years, a week or two earlier. At my request he had pre-baited the site for a few days whilst we waited for some calmer weather for netting. On the off chance I had asked Kelvin Jones if he would mind sending me a few of his North Wales Twite colour-ring combinations in case we were successful. In a stroke of sheer fortune Kelvin was down in Mid Wales from his more usual North Wales haunts that very evening and I arranged to meet him on his way home to pick some up - hardly expecting they would actually be needed. The following morning we set a couple of 40ft single shelf mist-nets amongst the weed seeds and waited. A few Reed Buntings, Linnets and Chaffinches later Ed saw the small flock fly in off the saltmarsh and land immediately in front of the nets right by the sound lure. A casual saunter towards the nets was all that was needed to push the whole flock straight into the single shelf.

This morning, in what is the best lock-down lightener I had for a good few weeks, I received an email from Kelvin to say that one of them had just been photographed on the Isle of Skye, 575 km NNW! What an amazing result and a clear example of the added benefits of colour-rings. 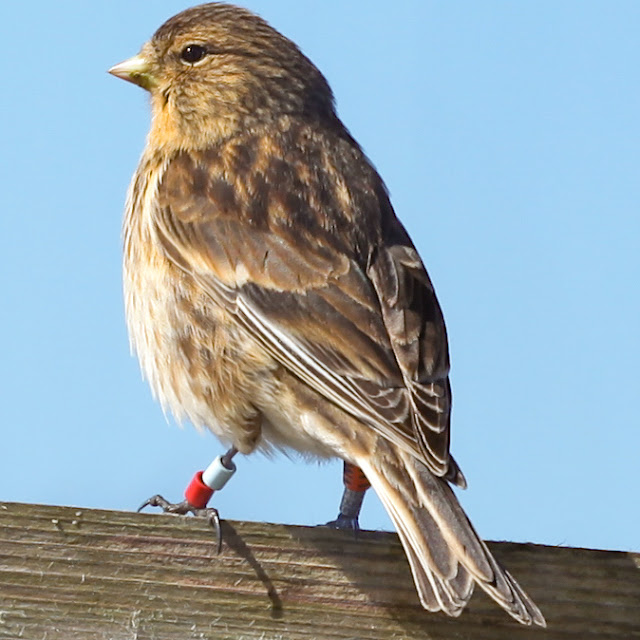 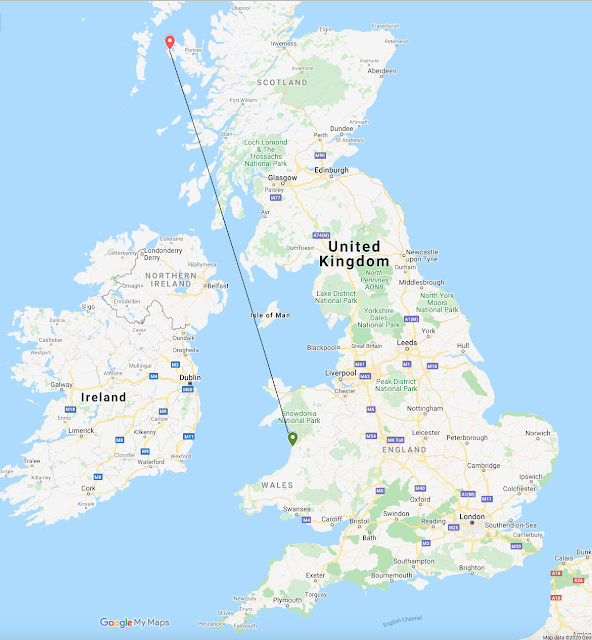