The last set of high tides at Ynyslas at the end of August/start of September proved pretty amazing as would be expected at this time of the year. Visiting ringers Stephen Harris-Vickers and Kirsty Franklin helped out on all nights along with Paul Roughley on the Saturday and Lee Barber on the Sunday. Sunday night's activities were initially focussed on trying to mist-net and colour-ring a few more Sandwich Terns with a wildlife film-maker filming the procedure for an upcoming documentary on the Dyfi Estuary. However, low numbers of terns present and the slightly stronger than forecast winds meant that this was soon abandoned and catching was once again focussed on dazzling some of the large numbers of small waders passing through the site.

In total, over the complete set of high tides, 412 new birds and 21 retraps/controls were caught and ringed/processed comprising:- 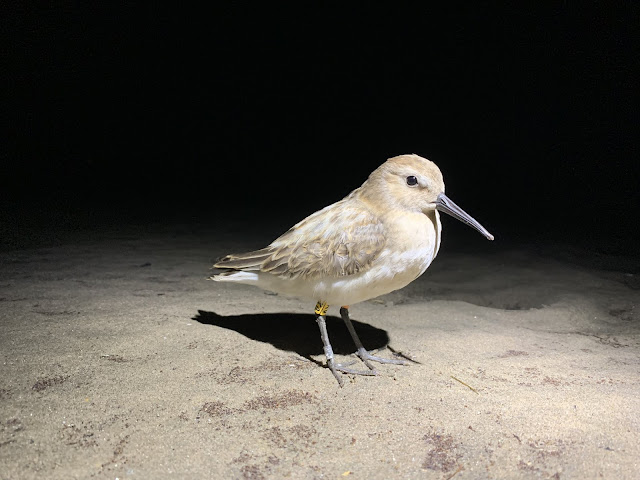 We have already been notified that one of the Dunlin has been re-sighted in Spain and one of the Curlew Sandpipers (pictured below) ringed on 30th August had its metal ring read through a telescope at Tacumshin Lake in Co. Wexford, Ireland on 5th September 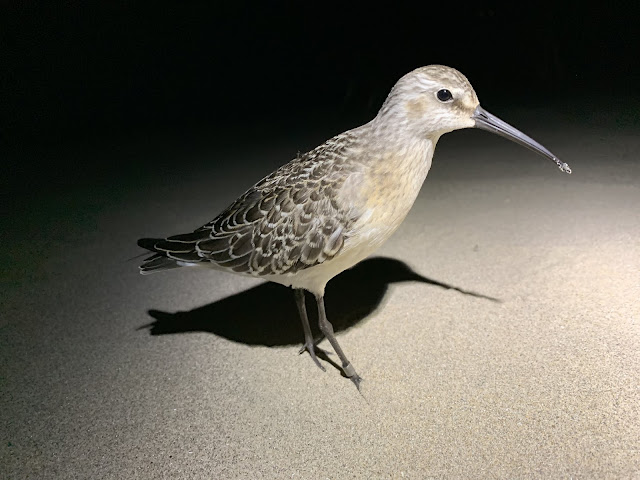 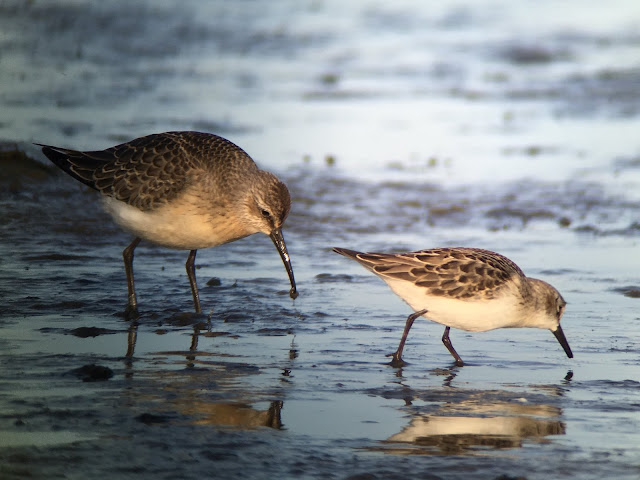 The same Curlew Sandpiper photographed on 30th August at Ynyslas and on 5th September in Co. Wexford (in company with a Semi-palmated Sandpiper!!)
Posted by Tony Cross at 21:13 No comments: