Our Hawfinch ringing project in North Wales is one of the most interesting bits of ringing I think I've ever been involved in. It never ceases to amaze me just how wrong we can be about population estimates and bird movements some times. Yesterday Dave and I paid our second visit of the year to Trevor and Chris Bashford''s garden feeding site in Dolgellau.  They do an amazing job recording all the colour-ringed Hawfinches that drop onto their garden feeder. It's a small feeder and there are never more than a handful of Hawfinches present at any one time but so far this year they have recorded over 60 different birds using it! We have always thought that they got so many birds there because they were on a flight line between our other main feeding sites. On Saturday, Dave and I paid just our second ringing trip of the year there having spent most of our time operating at the other two sites. We knew from Trevor and Chris that there were still a few un-ringed birds turning up but during the morning we caught 11 Hawfinches and quite amazingly every one of them was a new bird (despite having already ringed nearly 100 new birds locally in 2014)! Where are they all coming from and just how many more are there out there? This population is quite clearly of major national importance for this declining species and the more data we can gather on the jigsaw of local habitat usage the greater the chance that we can hang on to it.

Many of the birds are fast developing brood patches so we don't expect to be catching many more but who knows? Either way it won't be long before we move on to installing this year's batch of nest cameras to aid the RSPB's ongoing  research project. 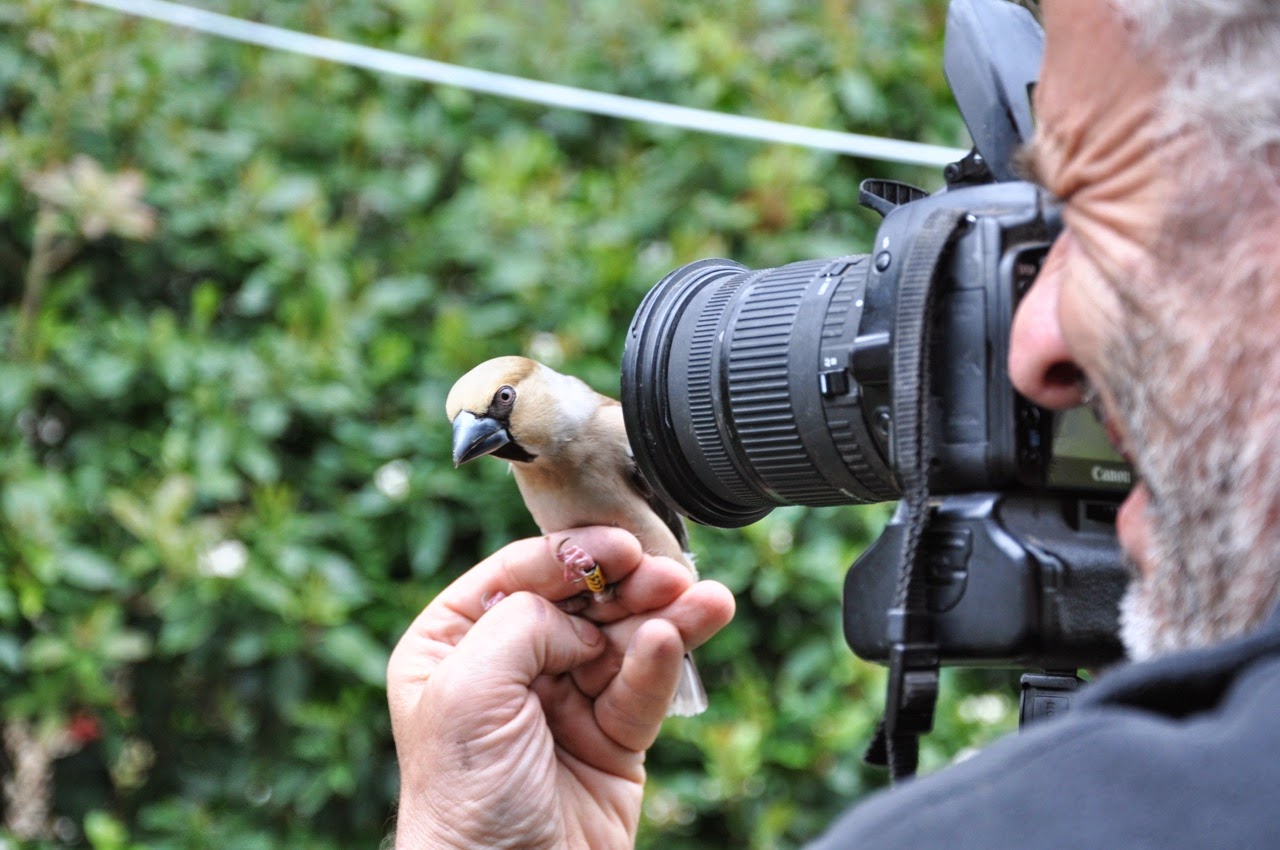 The 100th new Hawfinch of 2014 gets its photo taken and an opportunity to get its own back!!
Posted by Tony Cross at 07:17 No comments:

2014 Dipper RAS off to a flying start

Had a day going around Dipper nest sites with Brendan Sheils and Hannah Dawes yesterday. Managed to check 50 nests during the day and also identified nine of the breeding adults from colour rings. This doesn't seem like many but at the moment most are still on eggs or laying up so very few of the adults were hanging around and we didn't have time to either. 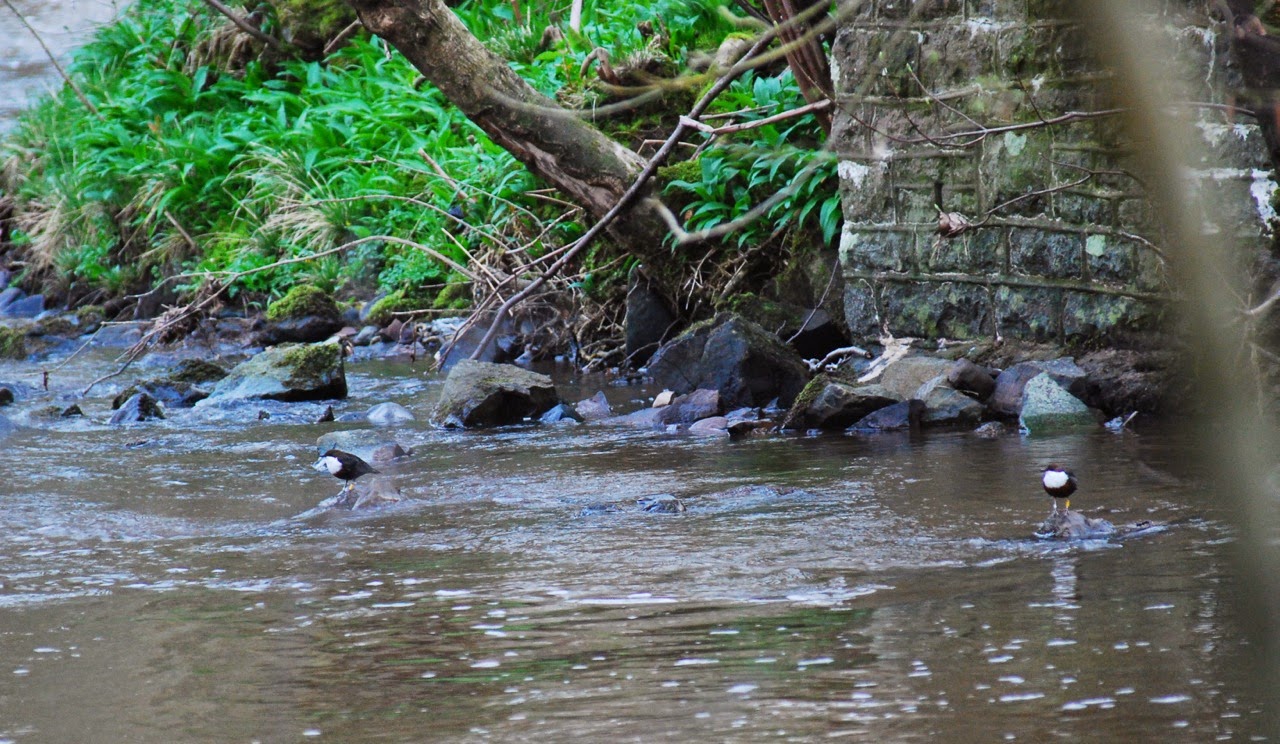 Pair of colour-ringed Dippers near the nest-site 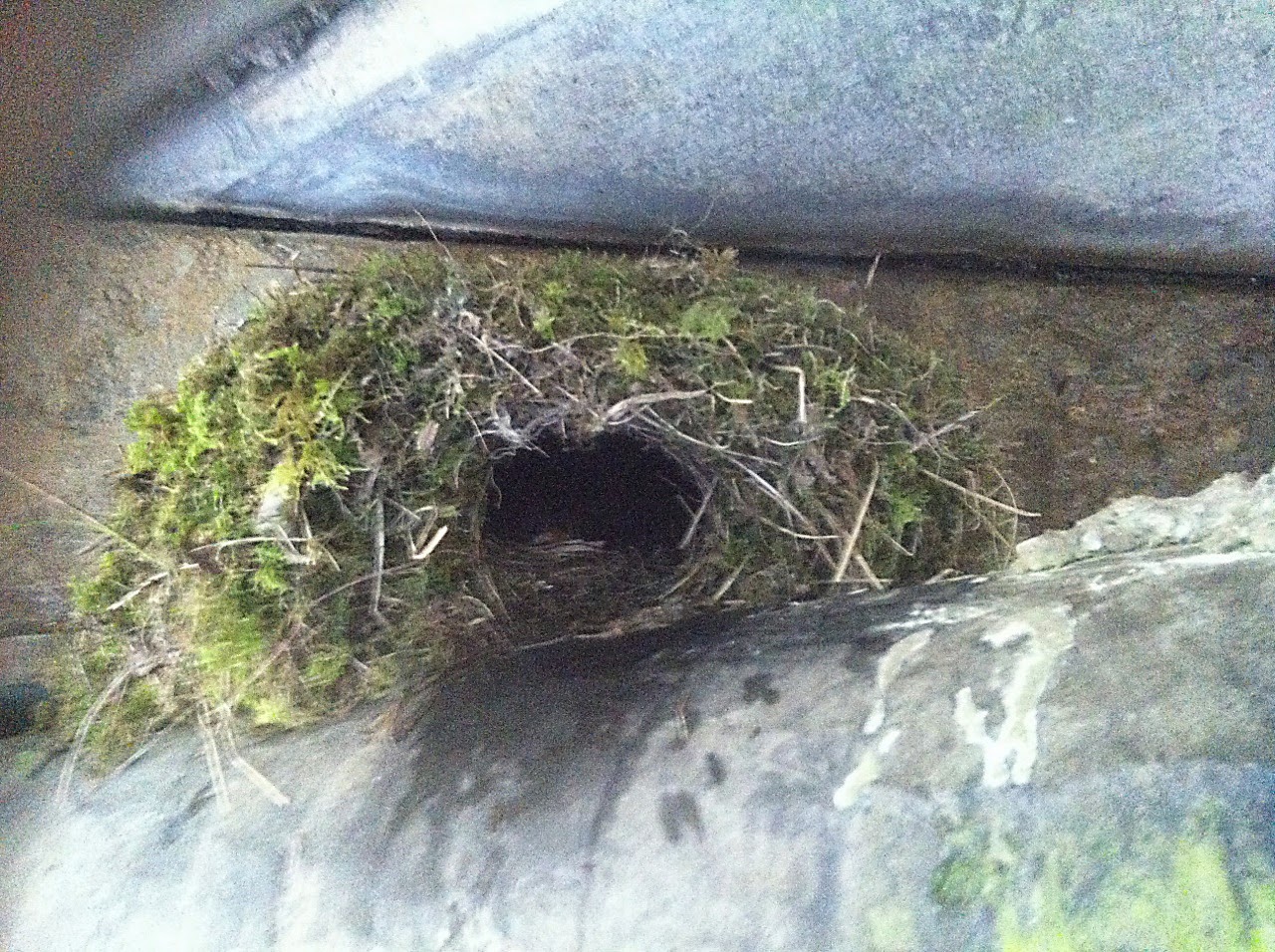 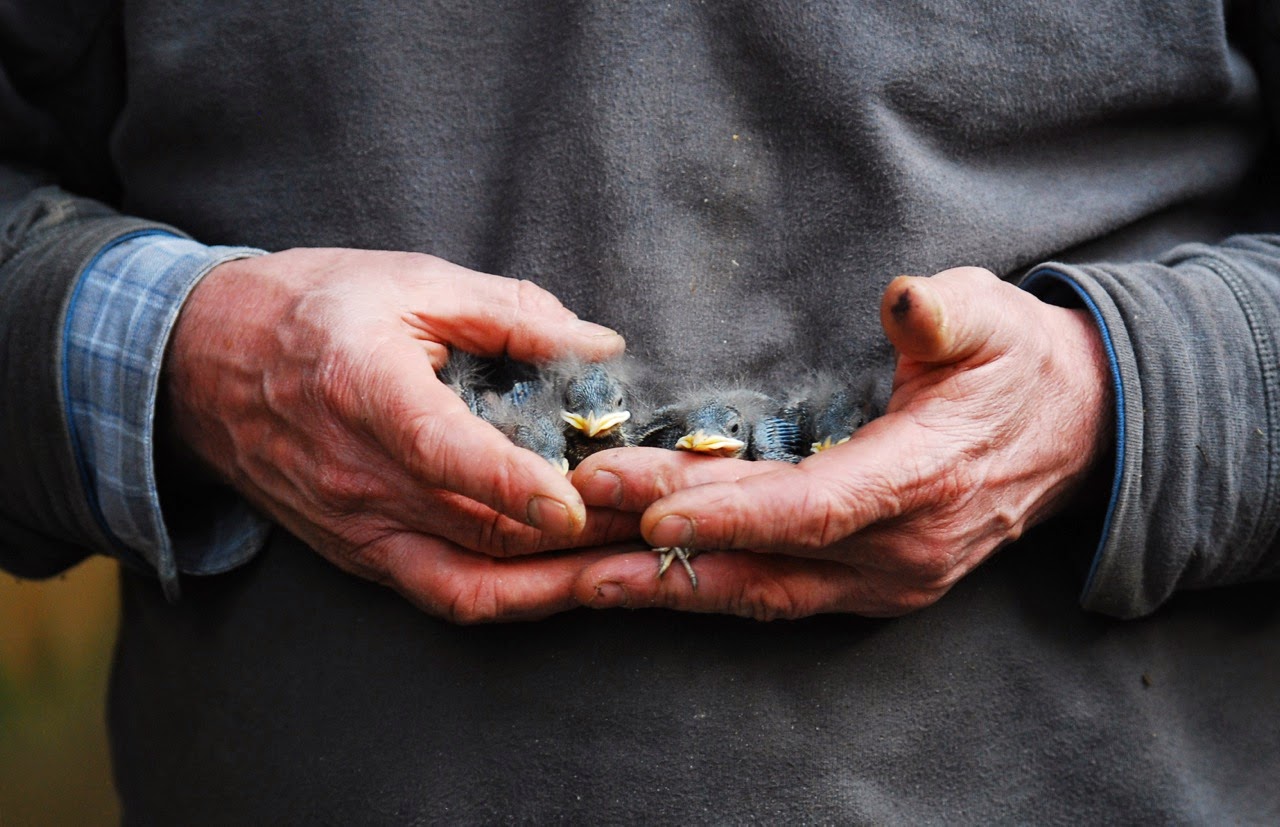 In the late afternoon we met up with Dave Pearce and managed to ring the first 4 pull of the year at a nest he was monitoring near Craven Arms. Later on we ringed a couple more broods totalling 11 chicks in all and including one brood that were pretty close to fledging already!. A cracking start to the year but a very long way still to go to reach last year's amazing total of 666 Dippers ringed.