In September we had a report that two of our colour-ringed Choughs had been re-sighted near Settle in the Yorkshire Dales the first Choughs sighted in Yorkshire for 25 years! The birds were siblings from a brood ringed on North Anglesey in June 2019. Although they were siblings, they were a male and female and could possibly have bred in Yorkshire if they had survived to two years old or more, re-colonising an area that they used to inhabit but haven't bred in for well over 100 years. Unfortunately that isn't going to happen as the young male has just been found dead (no obvious cause). A very sad end indeed. 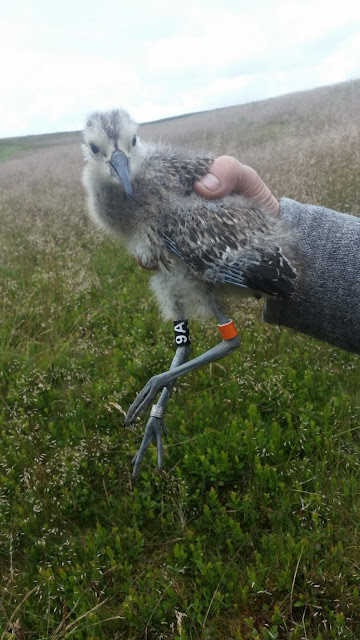 In 2016 and 2017 we had a brief spell working with the Powys Moorland Partnership monitoring their small Lapwing and Curlew breeding population. The above Curlew chick is the only one we ever managed to colour-ring there. It was ringed on 4th July 2017 near Ireland Moor by Jacques and myself after an epic stint trying to located it from a car some distance off. The main problem was it was highly mobile and every time we spotted it by the time we could run to where it was seen it had bunked off through a dense cover of bracken and hidden. Anyway patience and perseverance finally delivered and three years on we get the rewards of all the effort as it has just been re-sighted (and photographed) at Llangorse Lake by Mark Waldron. 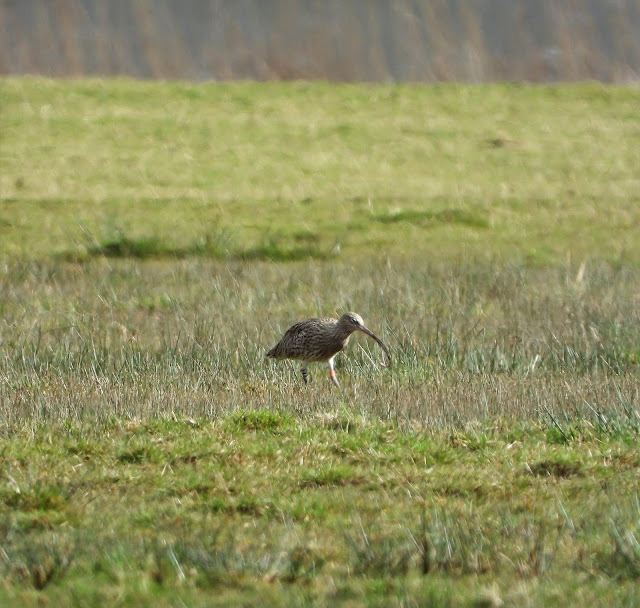 Judging by the bill length it is almost certainly a female and she is likely heading inland to the very hills she was reared in to hopefully try and rear chicks of her own for the first time. Fingers crossed she succeeds, we need all the young Curlews we can get.