I have recently received reports (and photographs) of two of our colour-ringed Little Egrets. Both birds were ringed on the same day (25th June 2012) over 8 years ago. The first (White T, Yellow A) photographed on Anglesey by Toby Carter has been reported about 10 times over the years all from Malltraeth Marsh at a maximum distance from the ringing site near Bangor of 19.5 kms. 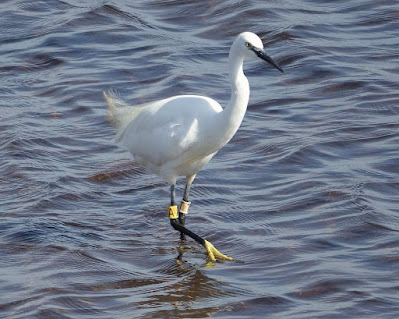 The second bird (White T, Yellow V) photographed at Llansteffan, Carmarthenshire by Mark Carter has only been reported twice previously but amazingly both time were at Playa Blanca, Lanzarote, Canary Islands. The first report was on 8th January 2014 and then again on 15th March 2020. At 2,824 kms, this is one of the longest movements ever recorded for a BTO-ringed Little Egret and mirrors an earlier movement of one of our Bangor-ringed birds to Tenerife. It would be amazing to know if this second bird has been making annual migrations down to the same wintering location on the Canaries (a round trip of over 5,000kms) or whether it suddenly decided to return after 8 years living the ex pat life (which seems highly unlikely!). 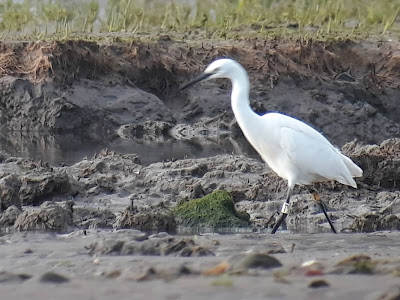 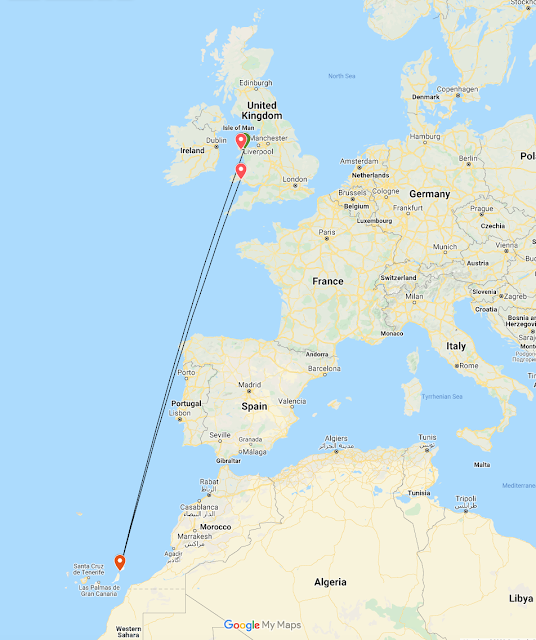