No blog posts for a while as the nesting season is now in full swing and I'm very rarely in at the moment. Two quick updates though. Firstly, the Curlew project I'm employed on is going very well and I've confirmed over 25 territorial pairs so far. No eggs laid as yet but the really good news is that I've actually managed to locate and read two of the colour-ringed birds caught at Dolydd Hafren at nest sites in South Shropshire.

Secondly, the Dipper monitoring we undertake for our RAS scheme is going really well. To date we have monitored at least 170 nesting attempts, confirmed 95 full clutch sizes, identified 126 colour-ringed adults and ringed 324 chicks from 79 broods and we are only just over half-way through the season! It lis already our best year for identified adults and it looks like it will be a record year for the number of Dipper pull ringed too. 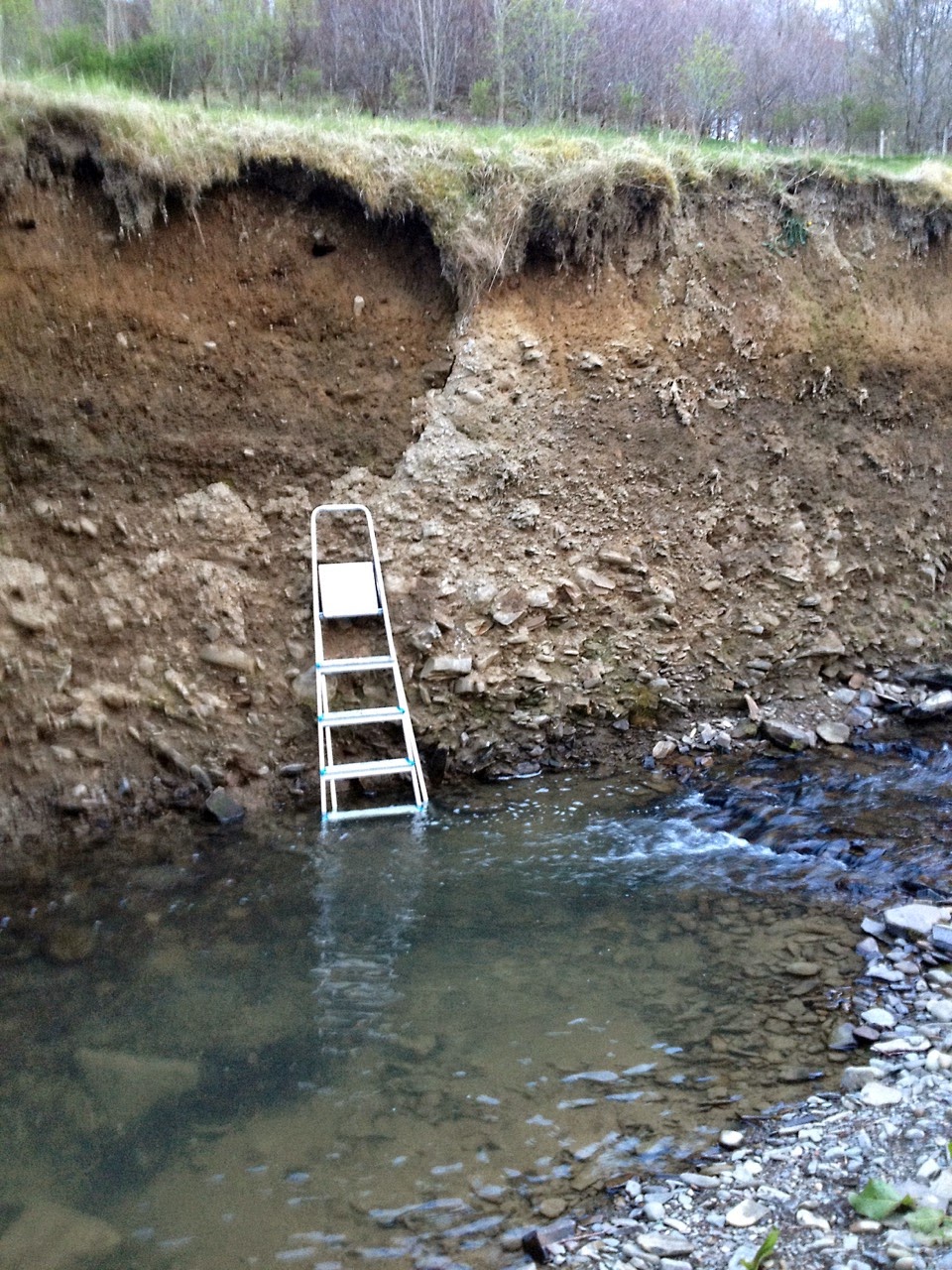 A dipper nest at a rare natural nest site in a bit of overhanging turf.
Four chicks ringed there earlier this evening. 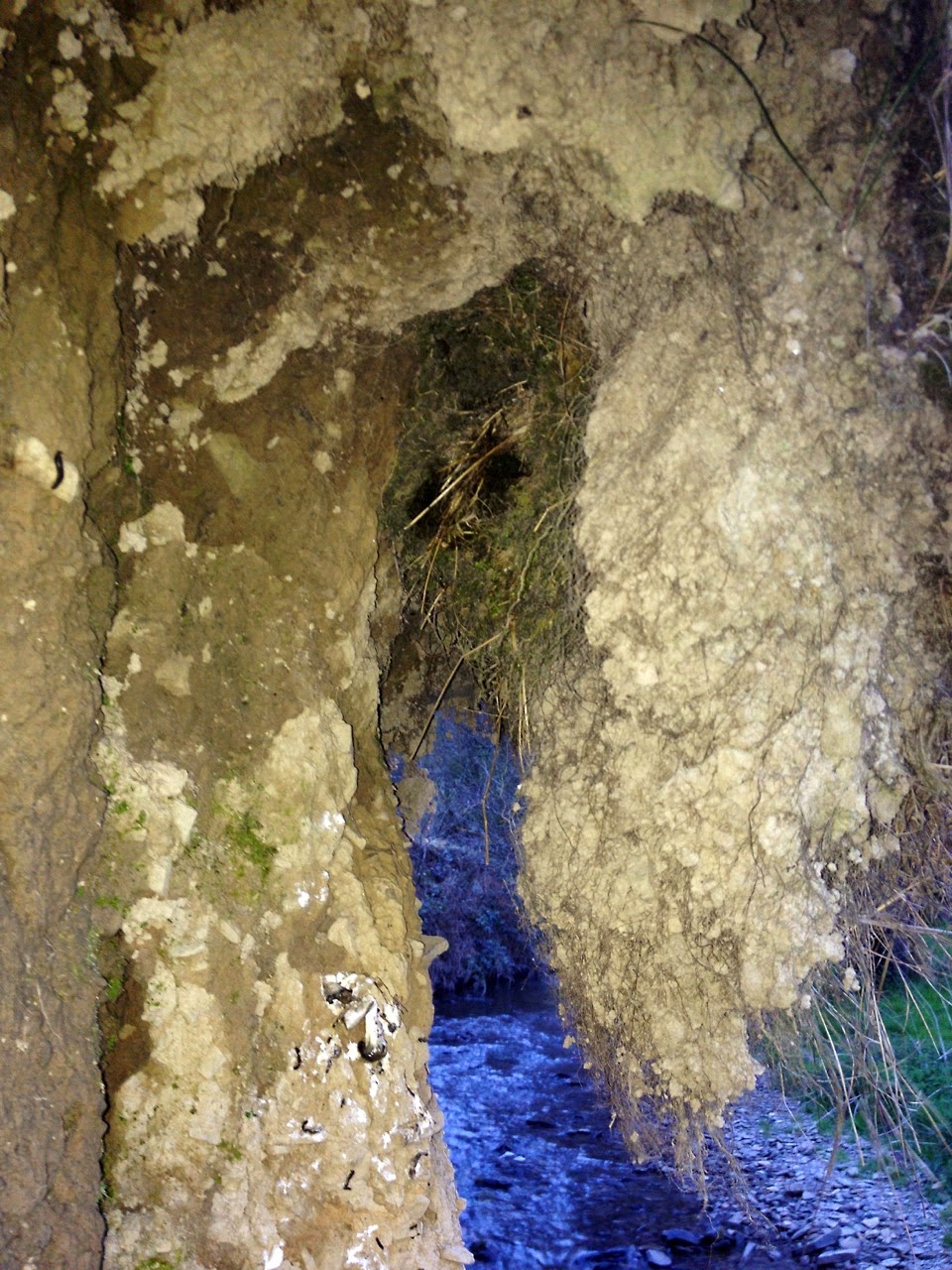 The same site in close-up! 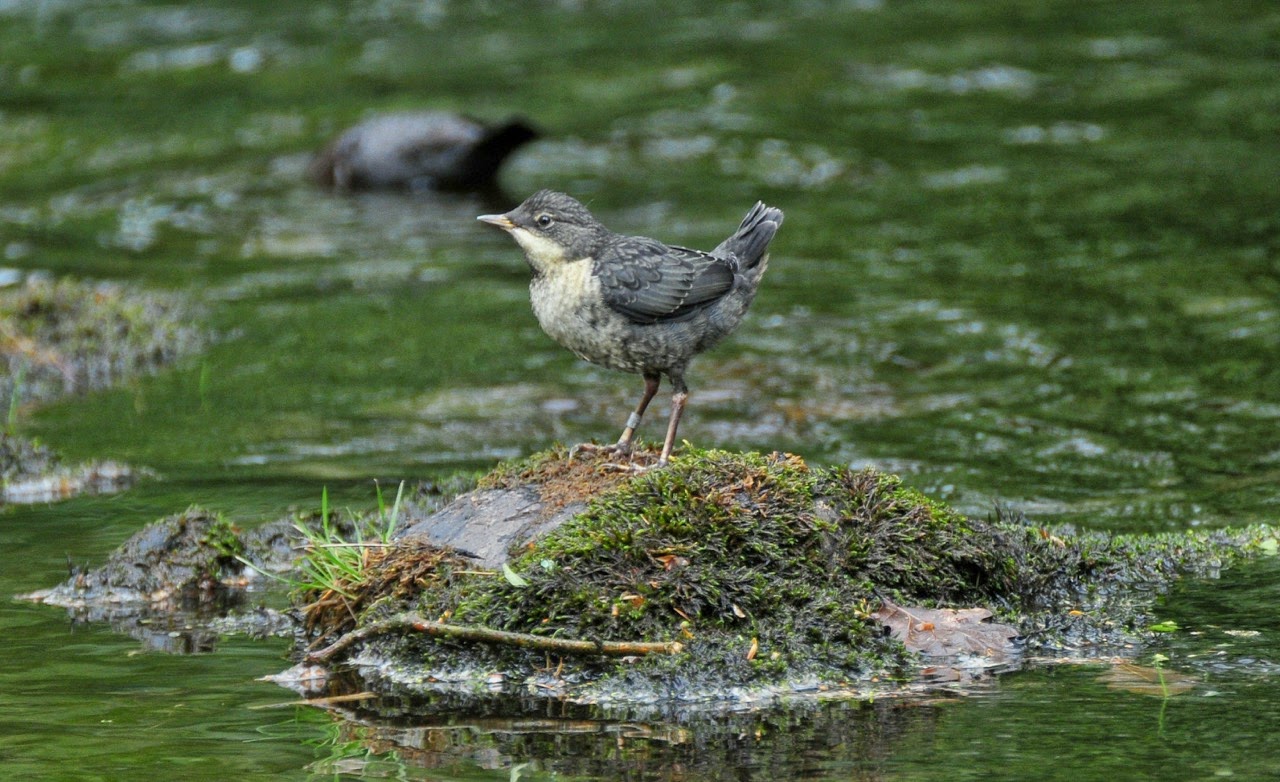 One of this year's pulli Dippers out and about already (photo Brendan Sheils)
Posted by Tony Cross at 22:22 No comments:

Early this morning, after ringing over 4,000 Choughs, I had our first ever control of one born and bred on the Isle of Man. We have had a couple of Welsh-ringed Choughs travel to the Isle of Man before and a couple of those even came back subsequently but we have never recorded an Isle of Man ringed Chough in Wales before.  The bird was instantly recognisable in the field as being a Manx Chough by its extremely short rectricies.

To be honest I'm pretty jealous of the Manx Chough ringers now as we are struggling to find colour combinations to continue our Welsh study and that extra leg would more than triple their availability! 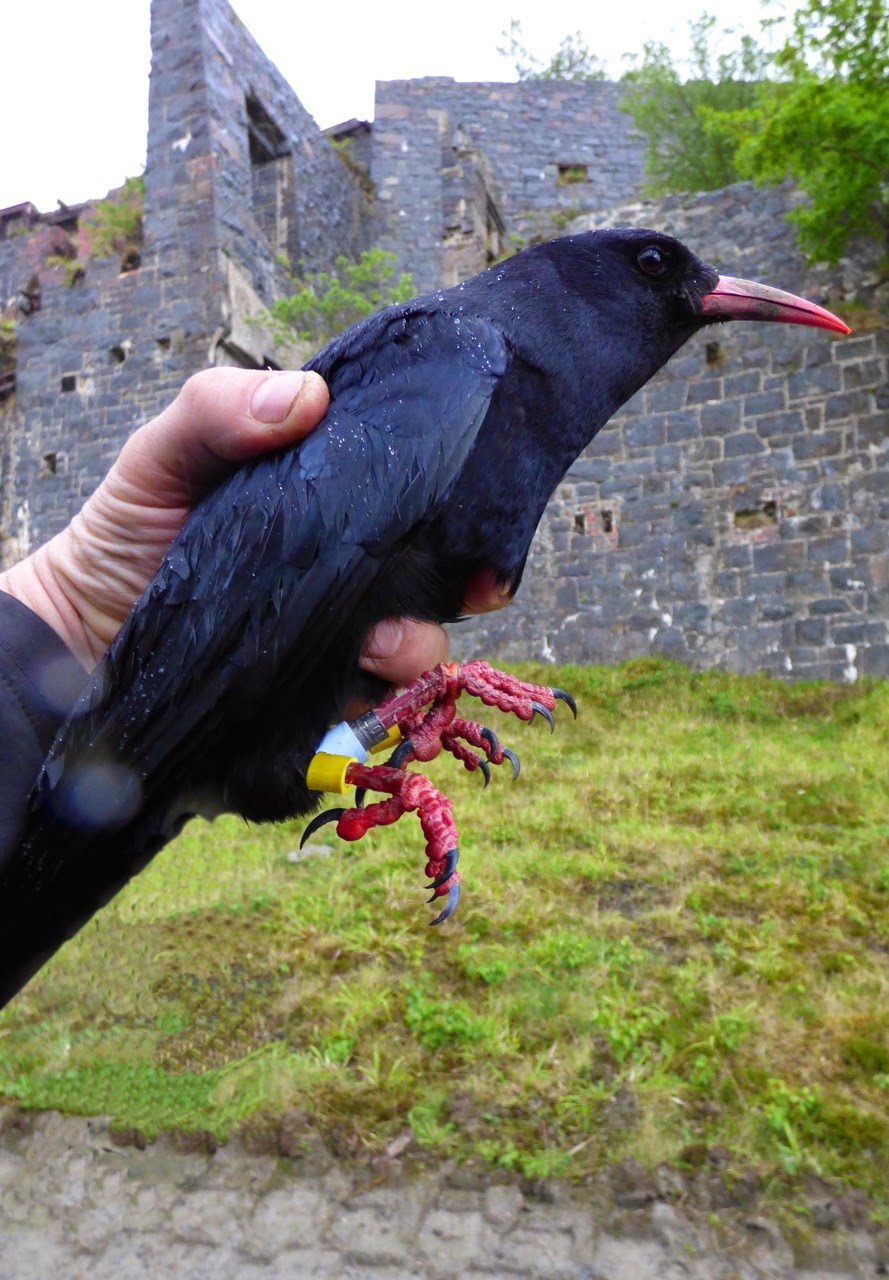