The Long and the Short of it.

Lamping has been a bit slow for me over the past few months and work has interfered generally with ringing hence the lack of posts. I have managed to get out a few times though and add to the number of Golden Plovers colour-ringed and have also had a good few Woodcock but there have been a few other more notable highlights.

Having not seen one all autumn I caught two Short-eared Owls in successive visits to the fields around the Leri Boatyard whilst in search of Lapwings. 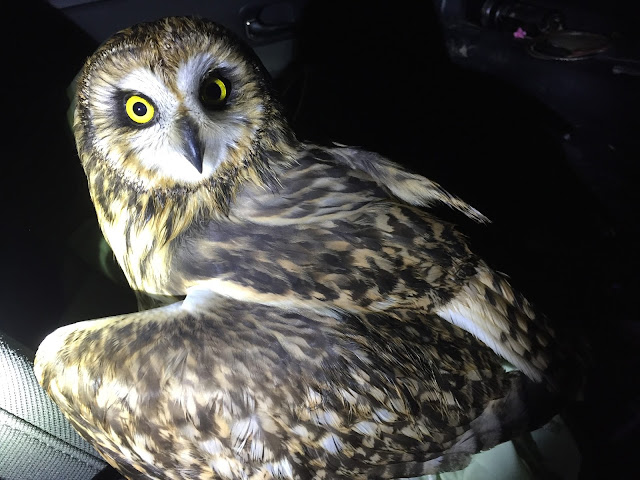 Aged and sexed this as an adult female based on central tail feather pattern and overall buff background colour but happy to be corrected by anyone with more experience. 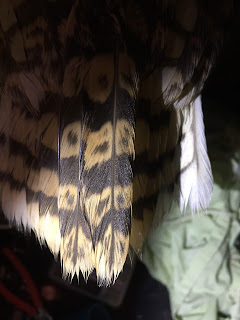 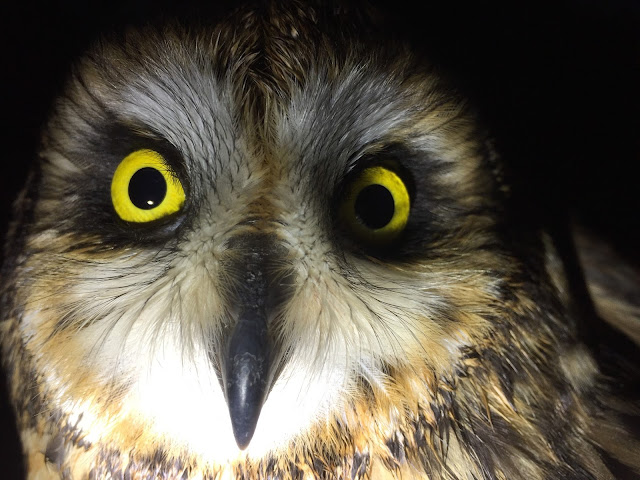 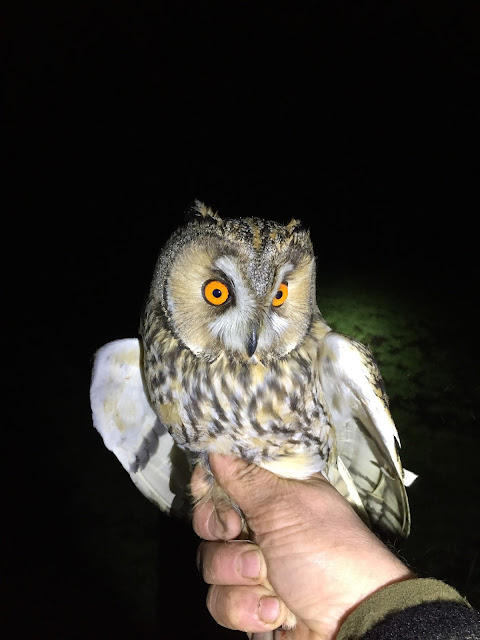 Also caught this 1st winter Male Long-eared Owl off a fence post at one of our upland Woodcock sites and missed another unringed one just a few nights later at the same site.

Star bird without doubt though was the first Lapwing I managed to catch since we got approval to fit colour-rings from the IWSG. I noticed it had a ring on just as I dropped the net on it but was delighted to find it said Vogel Trekstation, Arnhem, Holland on it ! 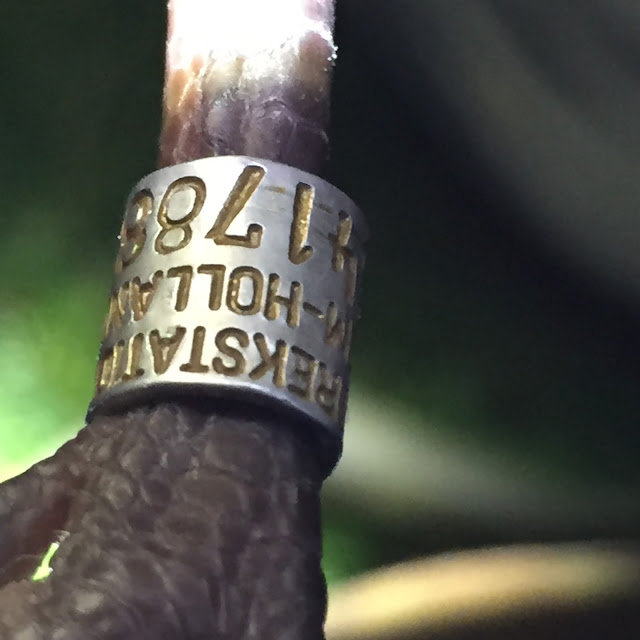 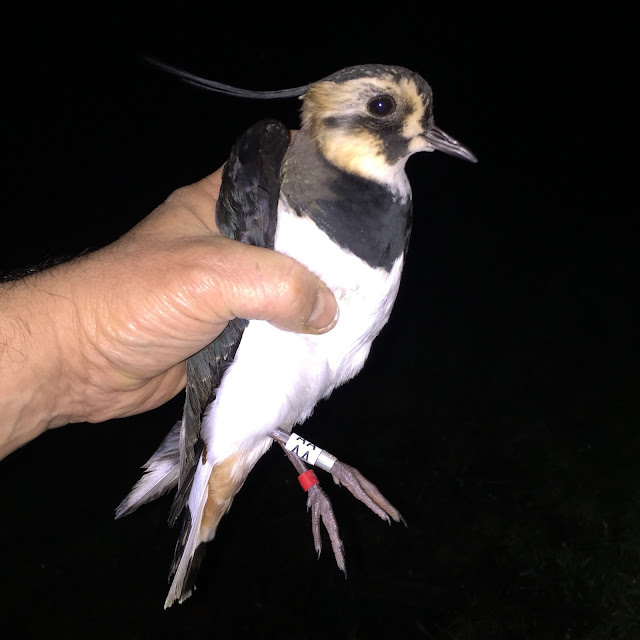