Last night was pretty amazing! I have been ringing waders at Ynyslas National Nature Reserve for 35 years now and last night Paul Ashworth, Mike Shewring and I had by far the biggest catch I have ever witnessed - by almost 100%!! Conditions were nearly perfect with a high tide, new moon and a slight breeze. Autumn migration is in full swing at the moment and there were literally 1,000's of Dunlin littering the strand line.  By the early hours of the morning we had dazzled, ringed and processed some 220 Dunlin (and 1 Sanderling for a bit of variety!). 84 of the Dunlin were also individually colour-ringed as part of our monitoring project on this species.

The previous night myself and Jane had caught and colour-ringed an additional 95 Dunlin and only one or two of these were re-sighted showing the massive numbers and turn-over of birds experienced at Ynyslas. Birds varied in condition with many carrying large amounts of fat. Some looked like tennis-balls and weighed in at over 60g. Others were clearly newly arrived from more northerly breeding grounds and were almost half that weight. Ynyslas is clearly a brilliant feeding-up location on their migrations further south. Last night's catch was predominantly juvenile birds whereas a few weeks ago it was mainly adults. This is usual with adults moving through early and rapidly. Many of the birds we caught last night could be in Spain, Portugal or even North Africa within a week or two perhaps joining the adults that are probably already there.

The colour-ringing only commenced last autumn but has already considerably boosted the number of recoveries from all the years of BTO metal ringing only. So far sightings have come from birdwatchers in Iceland (3), Sweden, Eire, Denmark, The Netherlands, France and Spain (2) as well as numerous records of birds scattered around the estuaries of Britain. All birds have an engraved yellow ring on the right tibia and a plain orange one on the left. Please keep your eyes peeled and report ANY sightings - even local records help us gather a picture about how long birds stay on average.

Below are a few of the holiday snaps so far received of colour-ringed Ynyslas Dunlin!! 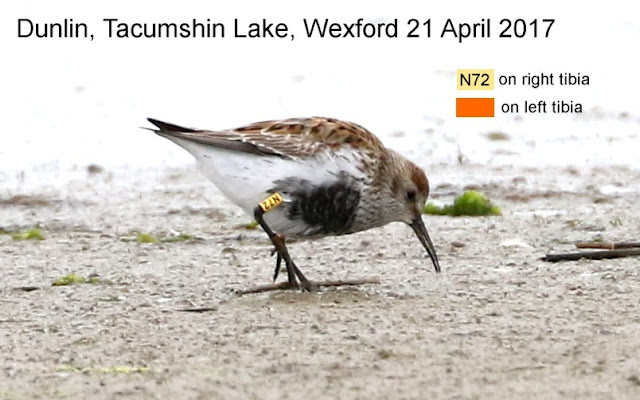 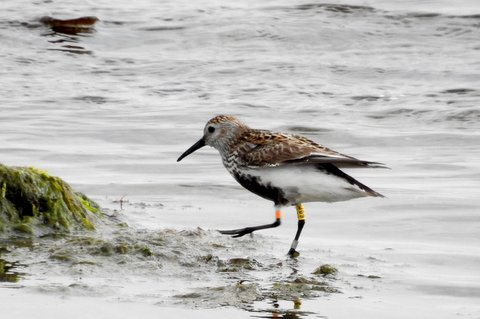 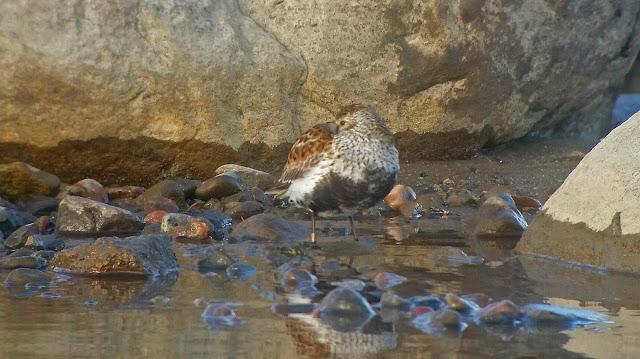 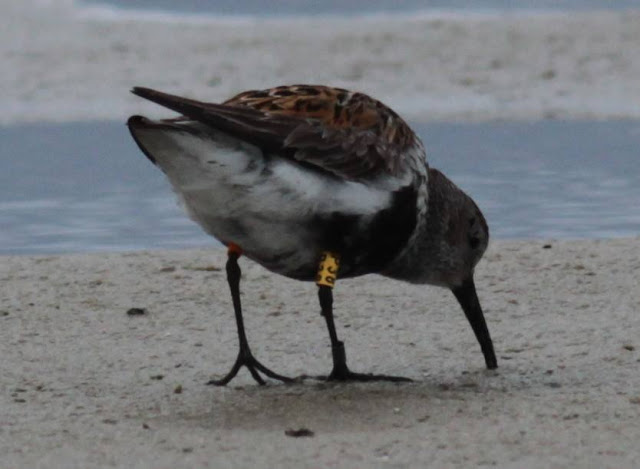 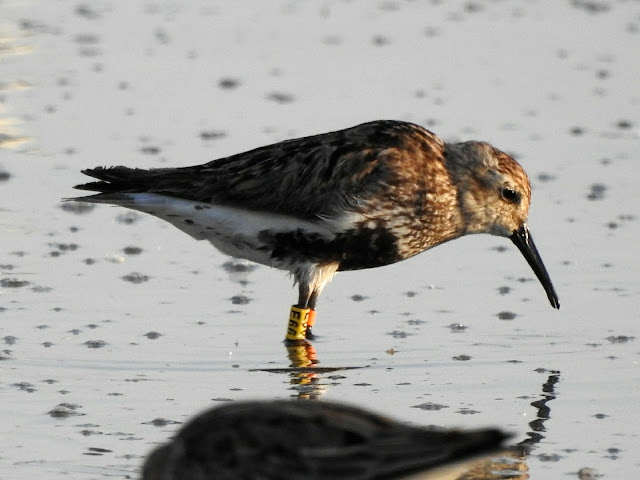