May is a good month to catch migrating waders. Most of the Whimbrel we colour-ring are caught in either the last week of April or the first two weeks of May so recently all attention has been on the coast, mostly south of Aberystwyth. On Sunday night however, Paul and Silvia went to Ynyslas on the first of a very good set of tides and managed to ring 49 Dunlin. With Paul reporting over 600 Dunlin present Jacques, Jane and I paid a visit the following night when the tide was slightly later (and therefore it was also a bit darker) and caught an amazing 110 Dunlin, 1 Whimbrel and a Short-eared Owl that was also cashing-in on the wader bonanza. 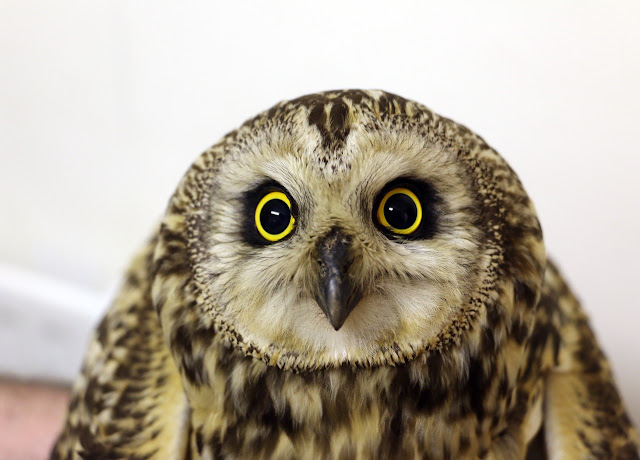 Interrupted eating an unfortunate Dunlin.
This bird was aged and sexed as a 5F (i.e. hatched in 2015) based on tail pattern and the colour of the inner web of the outer secondaries and thick streaking on the underside. 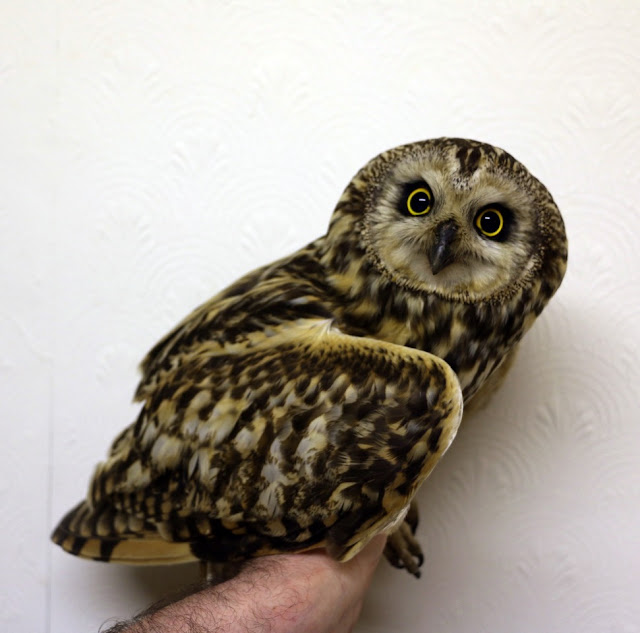 By rights this should be a photo of a Dunlin but to be honest I've seen
quite enough of them for a while!!


The total of 112 birds is the highest number of birds dazzled in a single evening by anyone within the group. With catching that good Jacques and I couldn't resist returning the following evening and managed to boost that record catch even higher to 156 with another 149 Dunlin (plus a couple of retraps), 2 Whimbrel, 1 Sanderling and a Turnstone. In the 30 years I have been ringing at Ynyslas I have never seen anything quite like it, there were  literally thousands of birds present and a good number were actually picked off the sand by hand! It was like walking through a blizzard.  Catching was limited solely by the time it took to bag birds up and the number of bird-bags I had with me.

With so many birds to ring and process it was a late finish and a real struggle driving home - not good really for getting up early and driving 300 miles to ring Choughs in Cornwall the following day!

The Boyos are Back in Town! 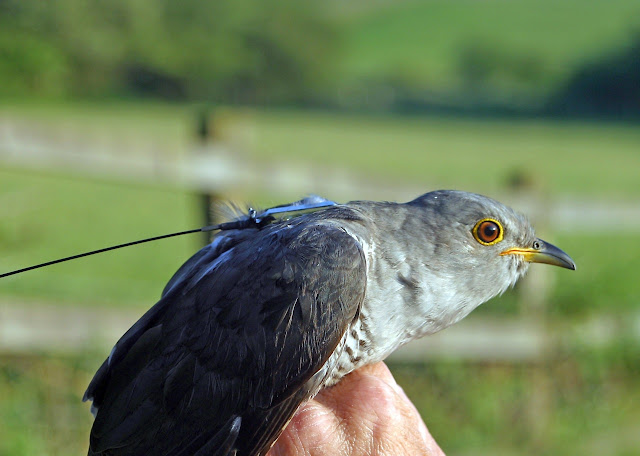 Our two Welsh Cuckoos David and Disco Tony, which were also satellite-tagged by the British Trust for Ornithology, have just safely completed their return journeys to Wales. Only seven of the previously tagged Cuckoos have made it back this year so Wales is very well represented. David is now on his fifth summer with a tag having provided data on four whole migration cycles matching the BTOs previous 'star' Cuckoo Chris, named after TV presenter Chris Packham.

Hopefully the weather will be favourable and they will successfully father a bumper next generation to replace those lost en route.

BTO cuckoo-tracking
Posted by Tony Cross at 11:27 No comments: