This Mid Wales Ringers' Blog is a Blog currently detailing solely the activities of myself and all those ringing as "C" ringers or restricted 'C' ringers under my A permit. Although I have been a ringer for over 36 years now I have only recently had the time, desire or opportunity to take on trainees so this will I guess change in the near future as some of these C ringers progress to their own A permits.  We may one day take the plunge and actually decide to form a Mid-Wales Ringers' Group if that best fits everyone's needs. For now though the totals displayed over the past few years on this blog are those for all birds ringed on rings issued to A.V.Cross (3188) which makes it simple for me to keep a totals list. I know some people might disagree with such lists labelling them as tallies or notches in the bamboo pole but actually we are obliged to keep them and they can, with a good deal of caution, be used as a measure of whether a particular year was good or bad for a particular species. Ringing totals do, its true, obviously depend on how many ringers were active, how many times they went out, the weather conditions and all sorts of other random factors but they also reflect the number of birds present. Standardising, as much as possible, all the random variables allows you to better assess the population size based on the numbers caught (this is the basis of Constant Effort Site CES ringing) but CES cannot be done for all species in all situations.

With that stated, 2014 was by far the most productive and successful ringing year since I qualified for my C permit back in 1981. In total 9,620 birds of 134 species were ringed including 7,306 full-grown and 2,314 pulli. Record totals were achieved for a whole range of species. The record totals for Woodcock (502), Snipe (178) and Jack Snipe (88) and the second highest total  for Golden Plover (232) reflected both a good year in terms of the number of birds present but also a sustained effort from Paul, Owen, Terry and myself helped, right at the end of the year by the qualification of Sarah, Andre and Dave as restricted 'C' permit dazzlers! All of these totals exceed the annual ringing totals for the entire British scheme for the respective species in some years showing just how great our input is to research on these target species. 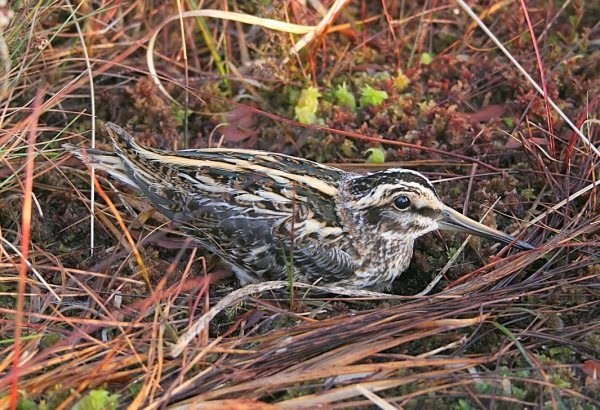 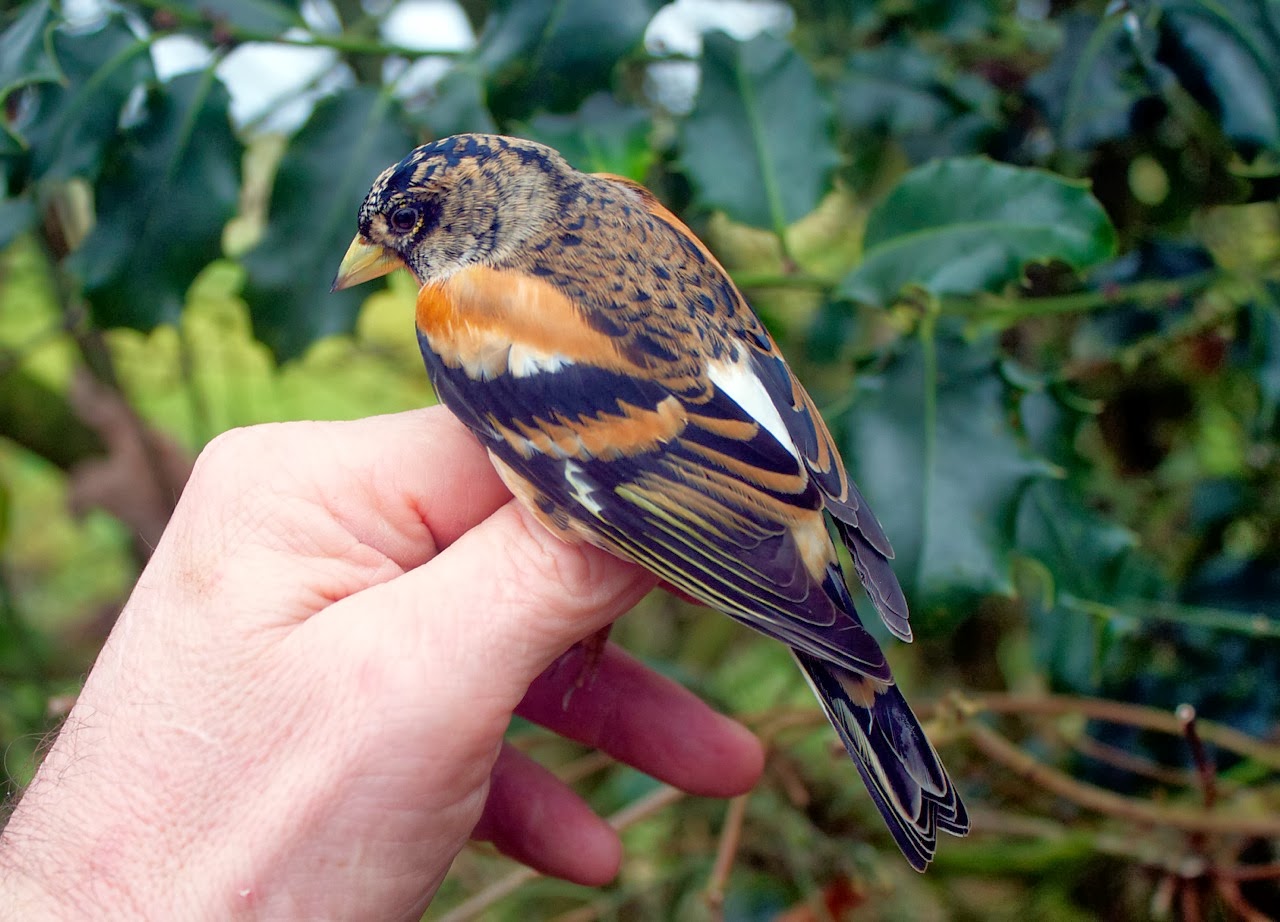 Some of our other main study species also recorded record years.  169 Choughs were individually colour-ringed in a study that first started in 1991 and 47 Kestrels were also colour-ringed in a more recently started project. The activities of Chris Griffiths and a particularly productive season for Barn Owls resulted in 165 Barn Owls being ringed, 139 pull and 26 adults. This is despite 2013 being one of the poorest on record. Another mild winter will, I'm sure, see this number increase further in 2015. 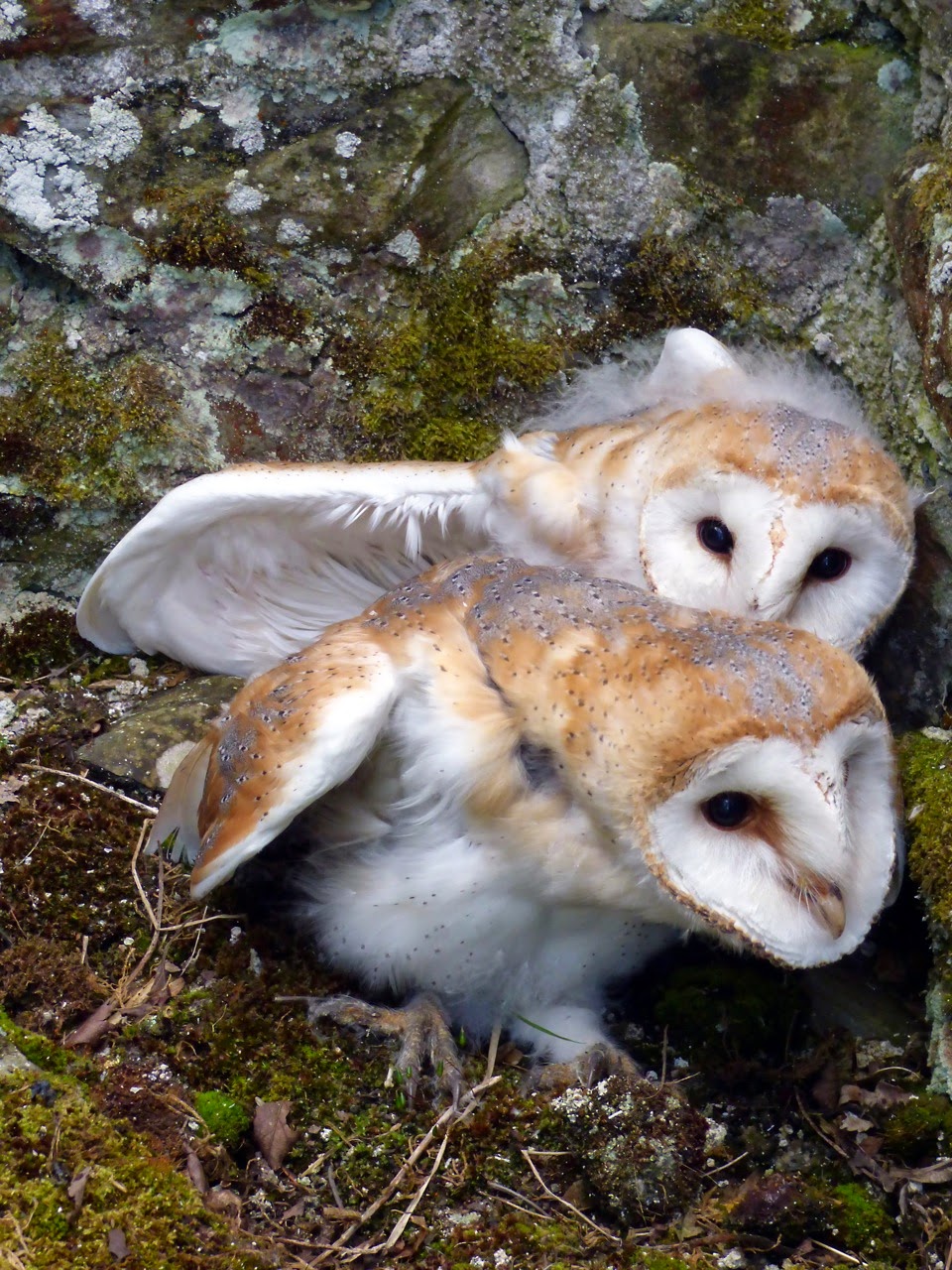 The total of 70 Nightjars ringed would have been almost unbelievable a few years back and reflects a marked increase in the Nightjar population within Wales but also dedicated and funded research at specific sites to identify the posssible effects of wind farm development. A considerable part of this effort was contributed by none Mid-Wales Ringer Paddy Jenks so due acknowledgment to him for all his help and expertise. 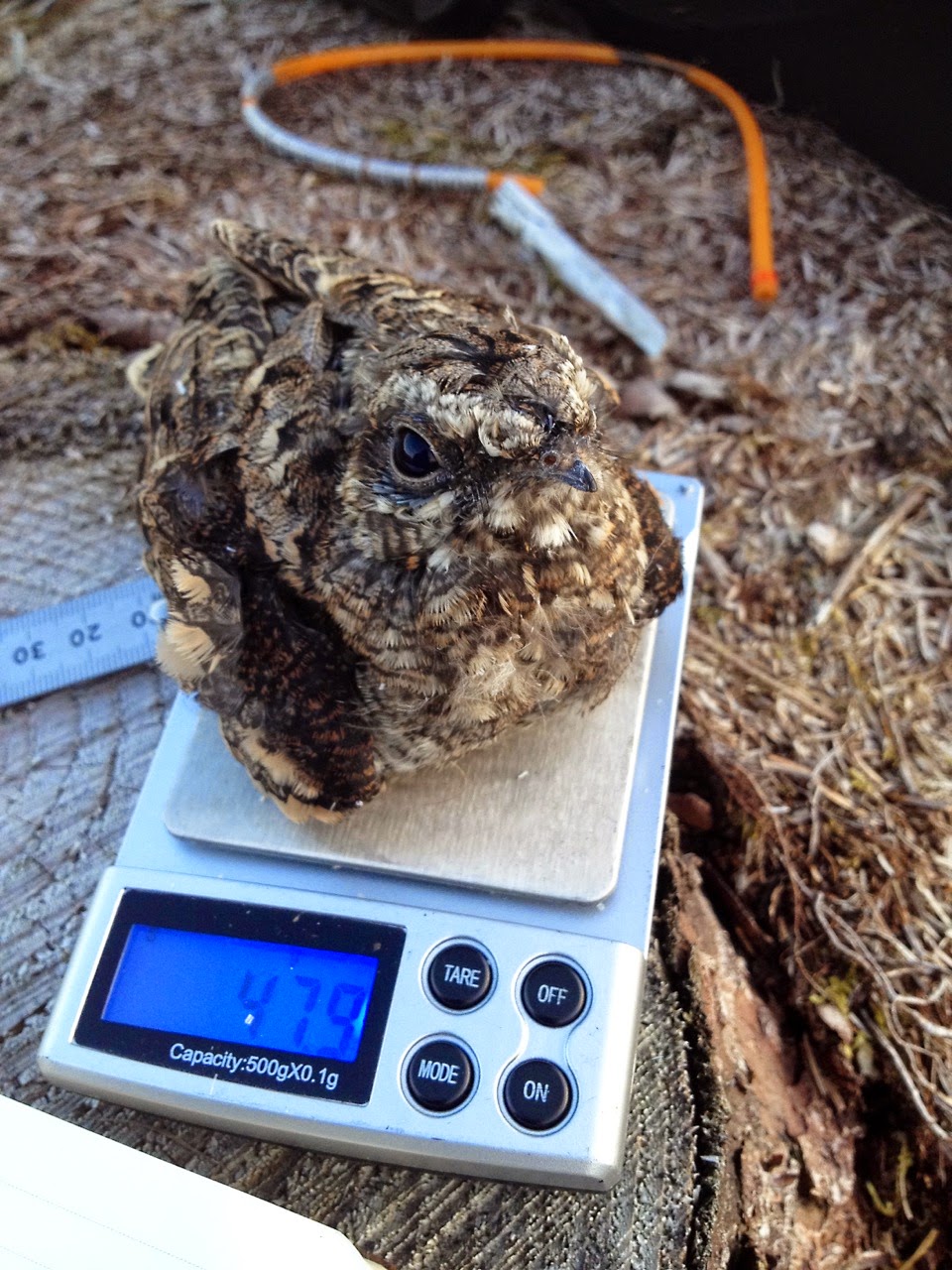 A few notable milestones were reached during the year including the 8,000th Swallow, 3,000th Chough, 2,500th Woodcock and Dunlin, 2,000th Willow Warbler, 1,000th Meadow Pipit, Robin, Redstart, Reed Warbler and Long-tailed Tit, 500th Snipe, 300th Nightjar, 250th Little Egret, 200th Common Sandpiper and 150th Kingfisher and Tawny Owl. Three new species were added to the list in 2014 too, Dartford Warbler, Common Redpoll and what was the other? Oh yes Great Snipe. This was only the fourth Great Snipe ever caught and ringed in Britain and amazingly the first proper rarity ever ringed by Mid Wales Ringers out of a total of over 120,000 birds ringed so far! It was an amazing find by Paul and he did well to hold his nerve whilst creeping those last few steps before he was able to drop the net. It doesn't bare thinking about what it would have been like to have knowingly missed such an unexpected, once in a life-time opportunity! That one capture resulted in nearly 2,500 site hits in less than a week, over three times our usual audience. It is a telling reflection on the interests and priorities of many birders nowadays I guess. 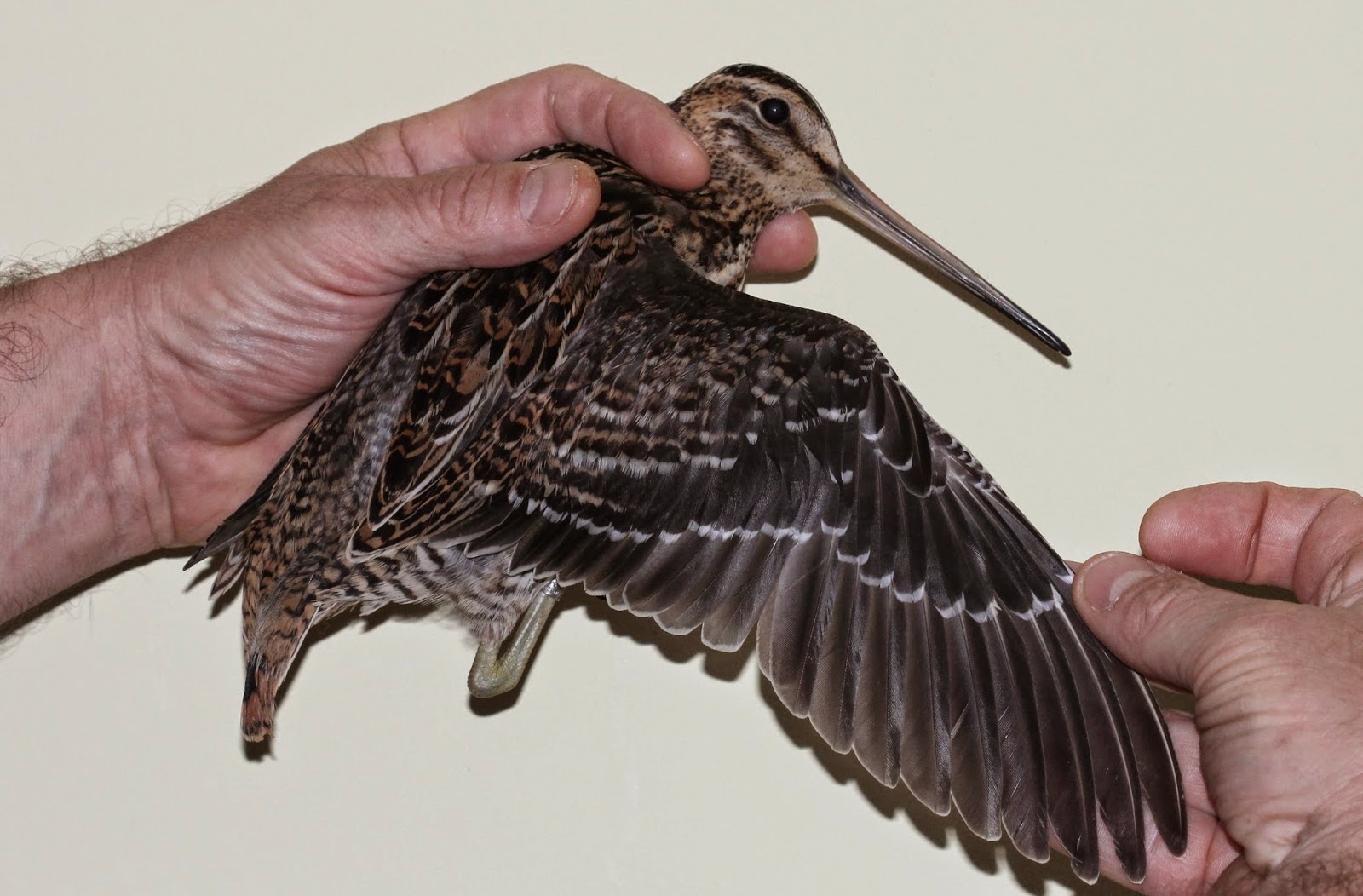 The full totals for 2014 will soon be displayed in the list of gadgets on the right and, since I have now entered all my historic ringing records, so will a 'Grand Totals' list covering all ringing done since autumn 1981!

I will also post something soon detailing some of the interesting recoveries and other results obtained during the year.

Many thanks to everyone who made this possible, obviously firstly to a brilliant team of ringers but also to all our helpers, landowners & tenants and anyone who reported seeing or finding a ringed bird.  2015 has certainly got something to live up to!
Posted by Tony Cross at 10:23 No comments:

As most, if not all, of you will be aware, the weather is pretty rough in the UK at the moment! Whereas most ringers wouldn't even dream of going out in this sort of weather, the like of myself, Tony and a few others 'love' it! Although catching is still very difficult, with a slight change in technique, venturing out can be very rewarding! In the past 3 nights I have visited a couple of my dazzling sites, and have had some great catches. In total I've only caught 21 birds, which might not sound much, but when you see what they are the quaility more than makes up for the quantity. 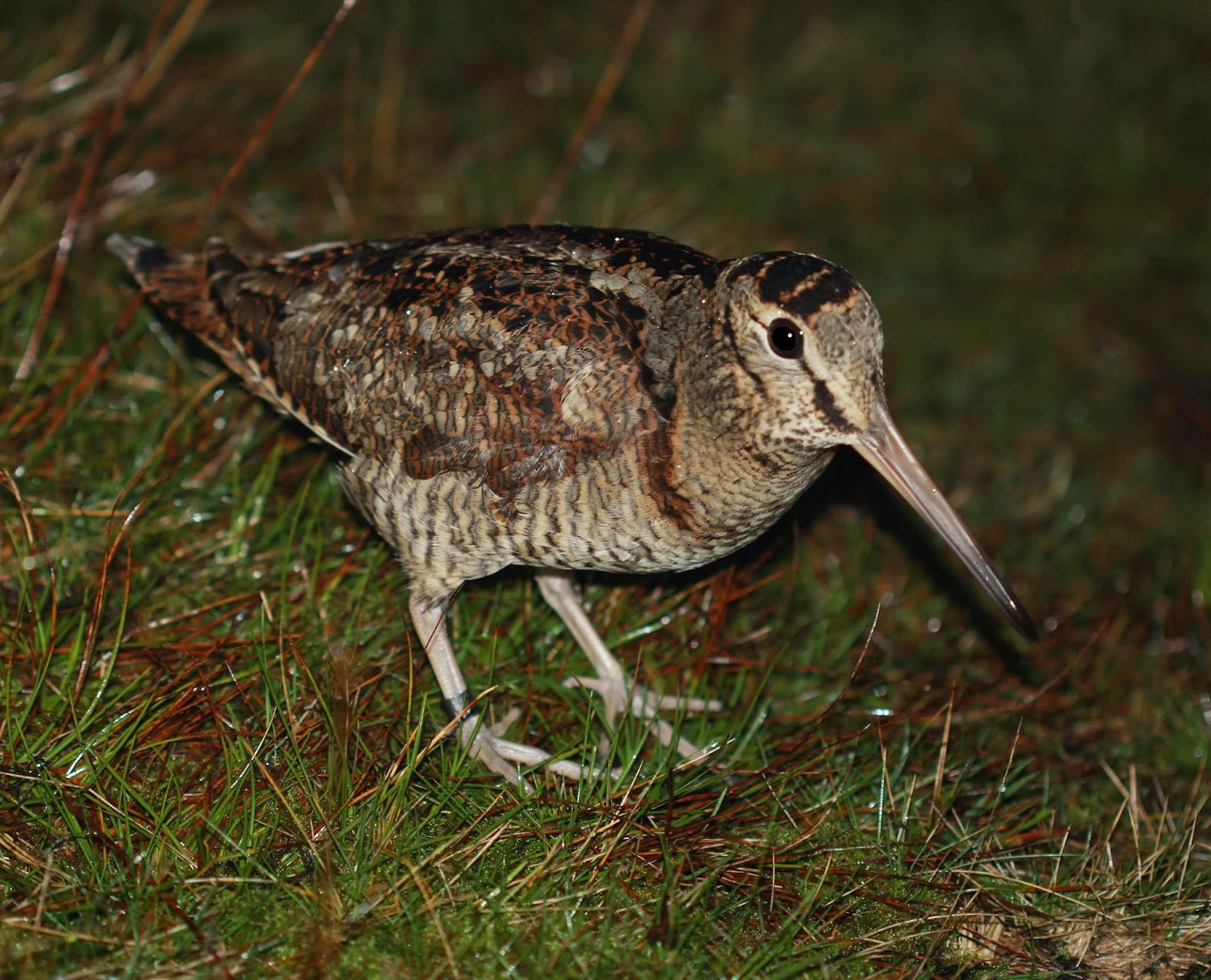 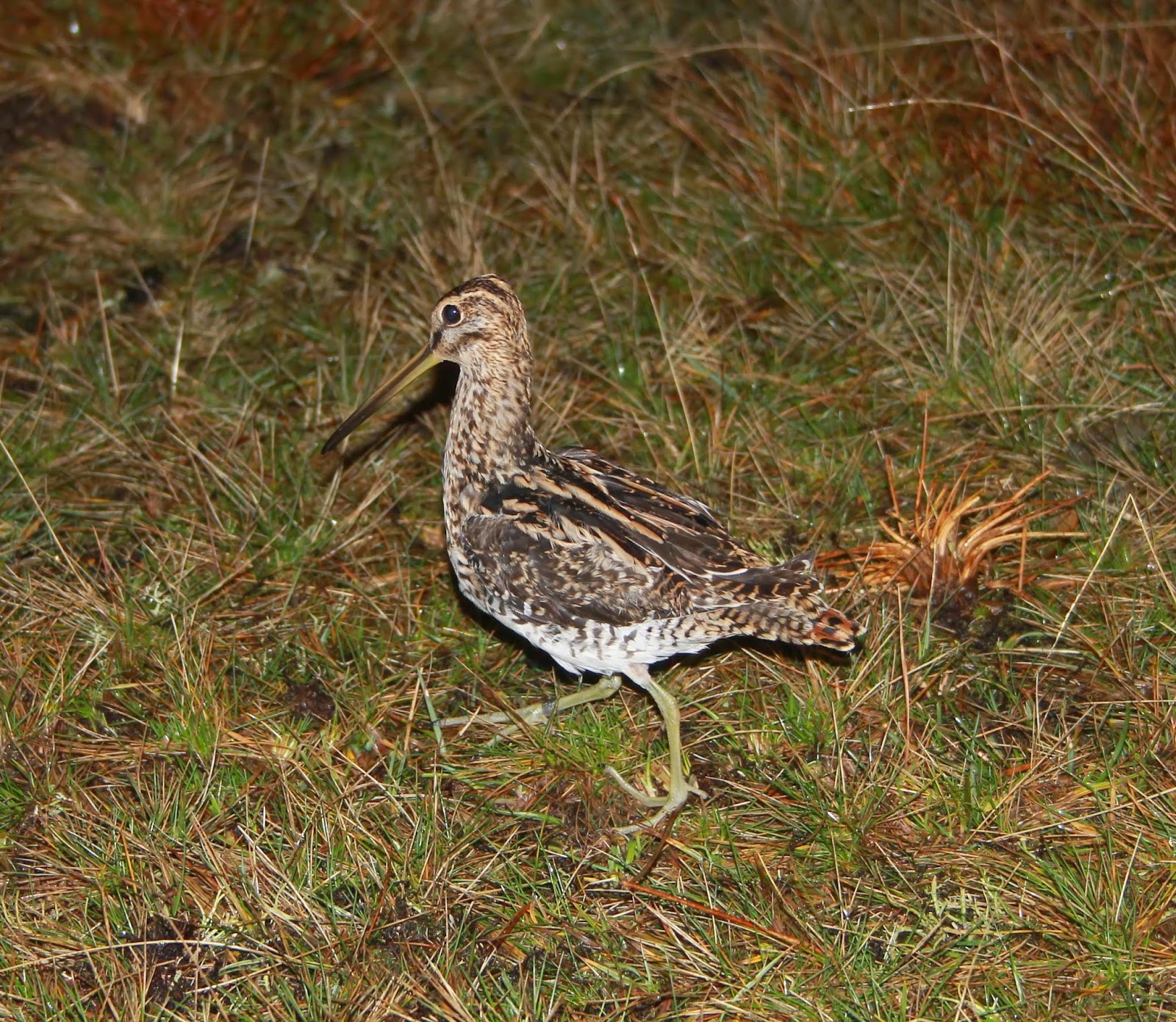 Unfortunately I manage to upset an old injury in my leg last night so am unable to add to the totals tonight, hopefully it will be better soon!!

As they were on a Christmas/New Year break in Wales and keen to see Golden Plover and Woodcock in the hand I offered to take Lee and Rachael Barber out dazzling (Lee works at the BTO processing ringing recoveries so he is a very good man to keep in with!). As it is full moon and clear skies at the moment we had to get up very early to take advantage of some forecast wet weather in order to stand any real chance of catching anything. On arrival at 4.30 am it was snowing quite heavily and the ground was pretty sodden making it difficult to spot birds and then to approach them silently. After a fair few snipe and a few Golden Plover had flushed at a good distance things weren't looking great. In the middle of the third field I spotted the first Woodcock. It was sitting pretty tight but there was a flock of sheep walking directly towards it! It became a bit of a race to see if I could get there quietly before the sheep and without causing them to stampede. With only seconds to spare before the sheep flushed the bird I managed to get there and drop the net on it. This was the first bird I'd caught in 2015 and my initial disappointment (on Lee and Rachael's behalf) on seeing that the bird was already ringed soon turned to whoops of joy as I realised the ring wasn't a BTO ring! Without my glasses on me however it fell to Lee to confirmed it as a ring from the Riga, Latvian ringing scheme! It was originally ringed by Oskars Keiss as an adult some 1,600 km away at Pape, Rucava, Latvia on 27th October 2012. 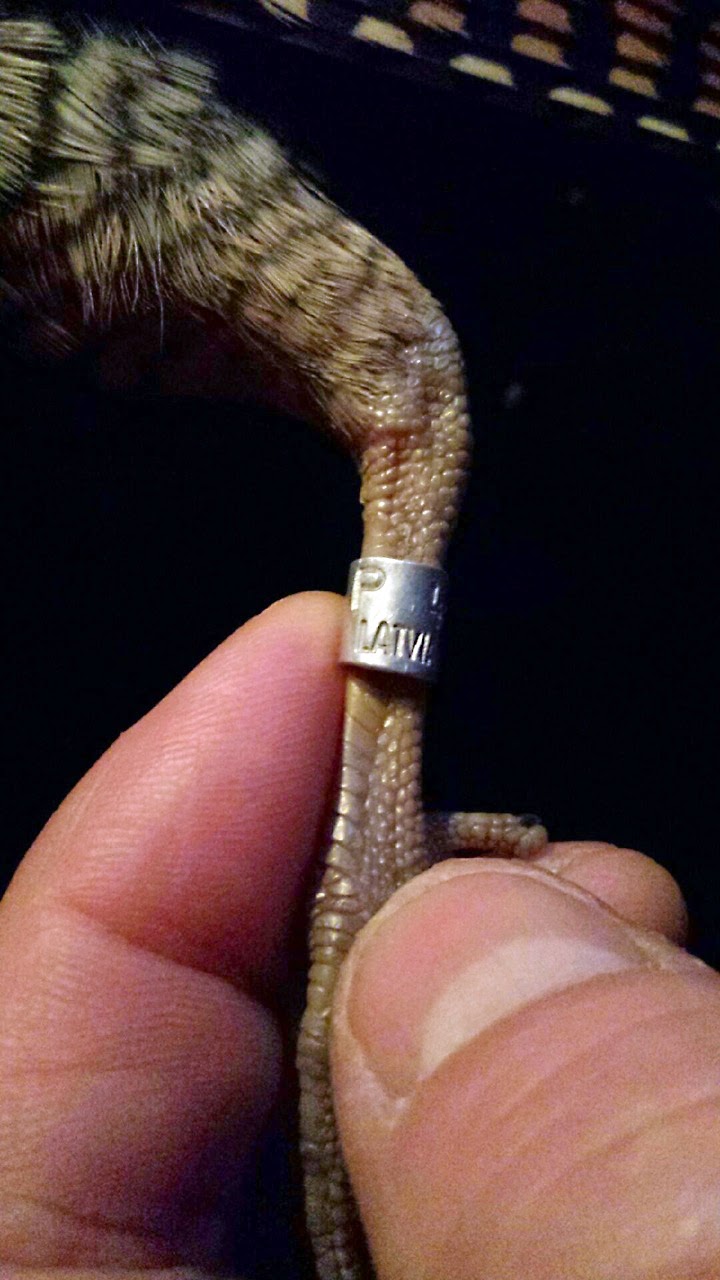 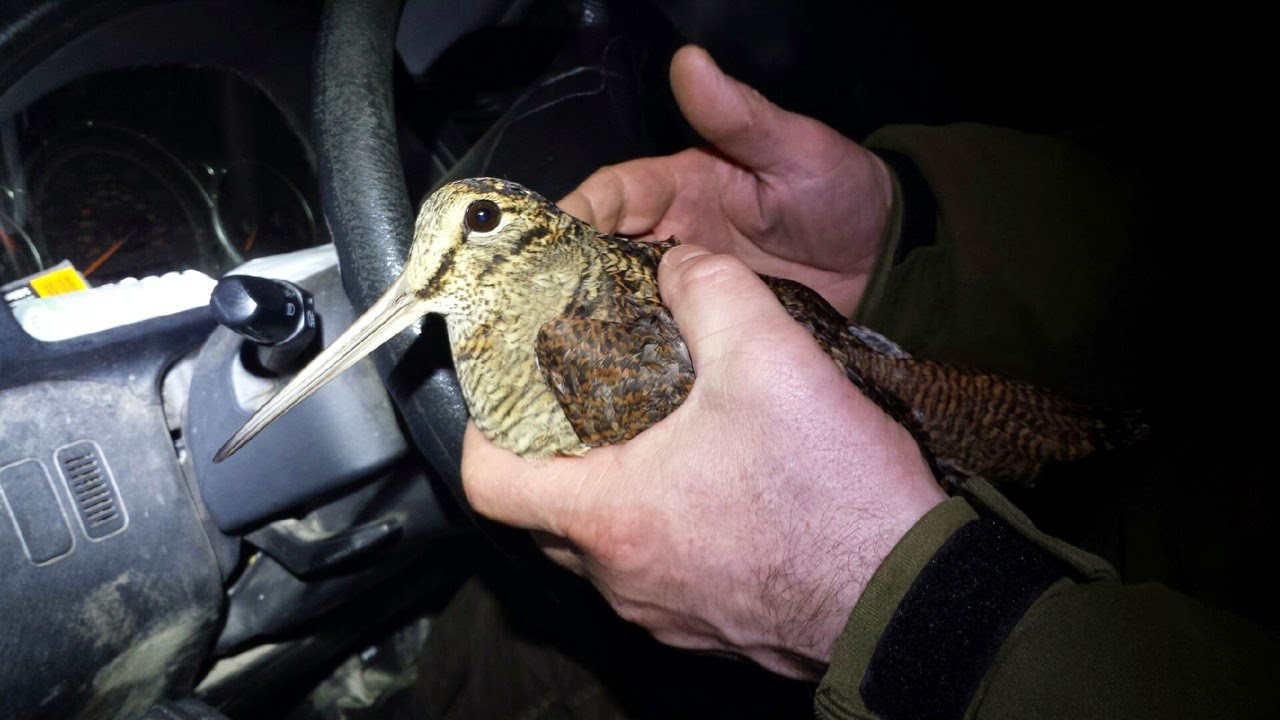 In the past 5 years we have caught over 2,000 different Woodcock and had a good many foreign recoveries but this is the first one to be caught wearing a ring from a foreign ringing scheme. After the excitement of processing this first foreign Woodcock control we tried a few more fields and managed to catch another two unringed Woodcock, a Snipe, a Golden Plover and a Fieldfare. Not a bumper catch but one that will certainly stick in the memory for a fair while! Cheers Lee and Rachael - you can definitely come again!!
Posted by Tony Cross at 21:56 3 comments: