Since the formation of the Mid Wales Ringing Group (and the start of the Dunlin colour-ringing project) in 2016 we have individually colour-marked over 6,000 Dunlin. The colour-marking has massively improved the recovery rate of our marked Dunlin and so far we have had over 450 sightings from a wide geographical area. Two recent sightings though have greatly extended the boundary of the area that Ynyslas Dunlin are know to either come from or go to. Olivier Gilg recently informed us of the sighting of LP0, a Dunlin ringed by Paul and Silvia on 23rd August 2020, seen on territory in NE Greenland (where it was being attacked by a breeding Sabine's Gull!). 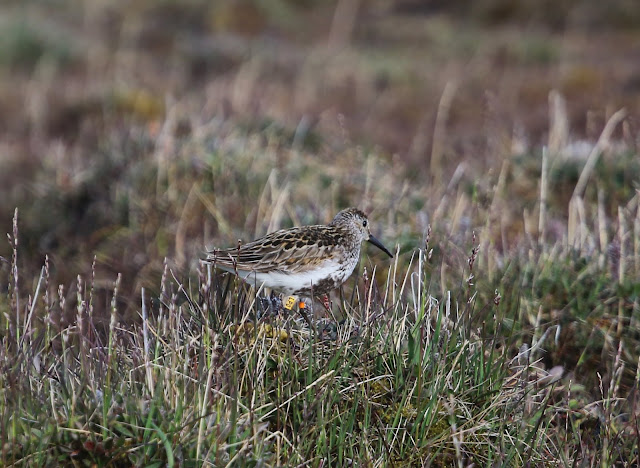 Ynyslas Dunlin on breeding ground in NE Greenland image © M.-A. Forin-Wiart/GREA
We also recently heard from Arnold Kristjuhan informing us of a sighting of NH5 (a bird ringed by me on 18th October 2020 in front of the Pillbox on the Dyfi salt marsh whilst trying to catch Curlews for the ECHOES project echoesproj.eu) at Tareste, Hiiumaa, Estonia. These two records greatly extend the northern and eastern limits for our Dunlin recoveries so far. The furthest south an Ynyslas Dunlin has so far been recorded is at Pirang Shrimp Farm in the Gambia. 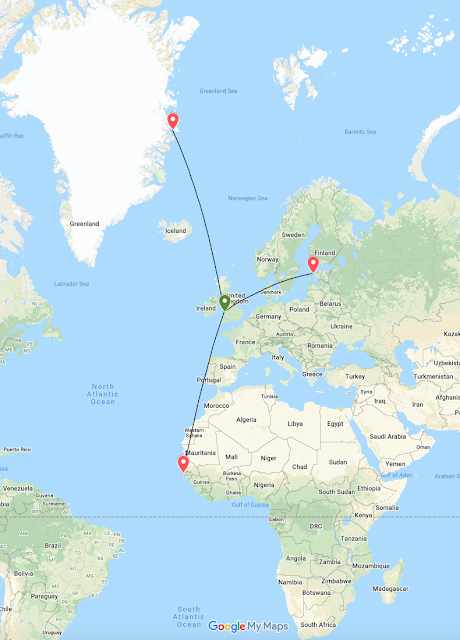 So next time you see a flock of Dunlin, and rapidly ignore them in search of something more exciting, take a moment to think that in the summer some of those birds may have spent their time dodging Sabine's Gulls, Arctic foxes and even Polar Bears and may be heading off to spend the winter dodging Black Kites, Jackals and Crocodiles, it's amazing really that there are still so many of them!