Last night was the first of the next set of high tides for ringing at Ynyslas. As the winds were light and conditions were right I decided to forgo wader dazzling in favour of mist-netting terns. On the last set of tides the estuary was brim-full of Sandwich Terns, Kittiwakes and a raft of other species but the winds were far too high to attempt any netting and unfortunately terns aren't really catchable by dazzling. Sod's law, conditions were now perfect but it was ominously quite on the tern front with nearly all having moved on! Still an opportunity to net terns is never missed even if there isn't much about. With assistance from Stephen Edwards and Gareth and Roy Richardson we set the usual 4 x 60ft wader nets on the point and waited. High tide was a bit early, such that there was no catching on the rising tide as it was too light and the nets were too visible. It did allow us to watch a juvenile Peregrine persistently terrorising the Dunlin (and seemingly inflicting needless damage as we caught four Dunlin with large rips in the skin of their breasts or sides).

Needless to say I was relieved when we eventually caught our first few terns (Sandwich and Common) along with a few Dunlin, Knot and a Turnstone. The Knot and Turnstone were particularly welcome as it enabled us to kick-start two new colour-marking projects using leg-flags on both species. 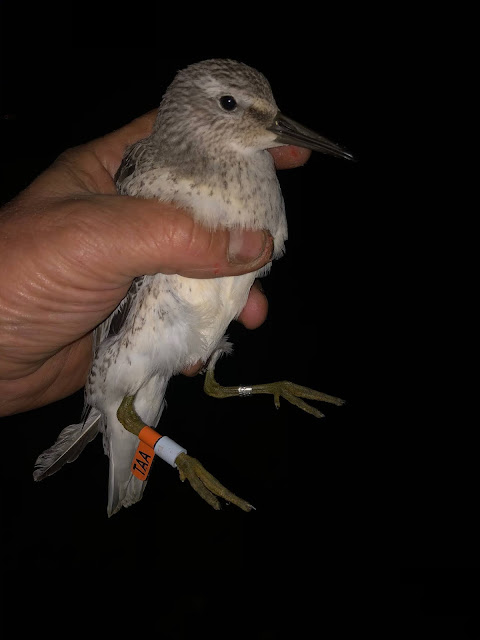 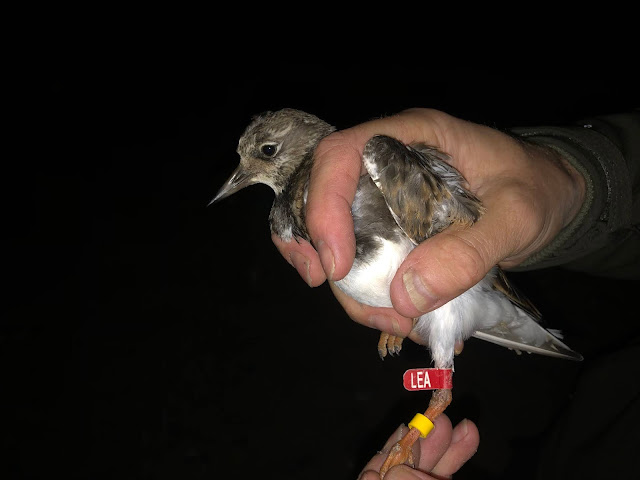 We catch a reasonable number of both species annually but in the past have had very few returns from just BTO metal rings. Hopefully the leg-flags will enable birdwatchers to help us collect additional information and greatly increase the data on movements etc.

Just as we were finishing processing the last few birds Stephen returns from a net round with the exciting news of a foreign-ringed Common Tern. "Wow, that's nice" I say. The reply was "yes, and its a South African ring!"

My reply is, not surprising to some, unrepeatable!! 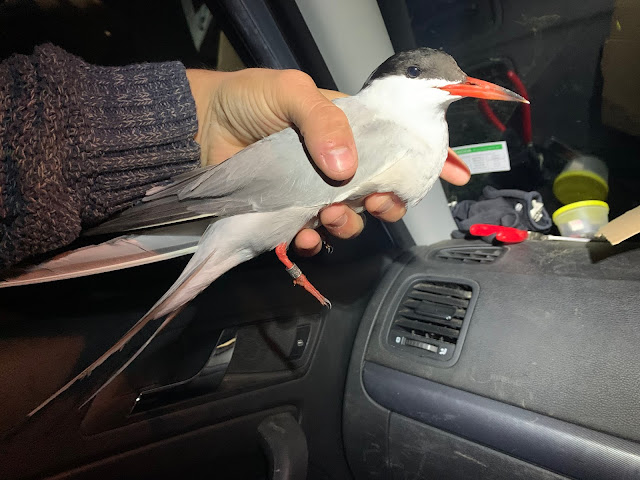 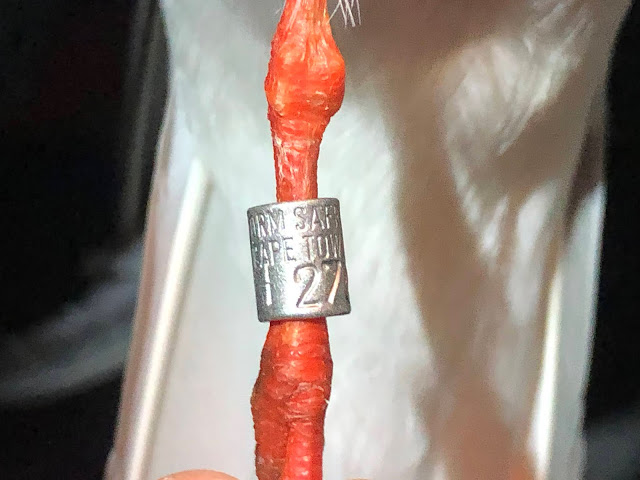