The long and the short of it...

Last night Tony and I headed out to try to mist net some owls that he had seen a week or so ago near one of his ringing sites. We would have gone sooner to try for them, but as is normally the case in mid Wales, we had to wait for a calm night! We got to the site, set up a couple of nets with lures placed underneath them and waited! With not much happening we were thinking of packing up, but gave it 10 more minutes, then all of a sudden an 'eared' Owl was flying around the net! Bingo, in it went. I 'ran' over to the net, and could see that it was a Long-eared Owl (which was odd because we were using a Short-eared Owl lure). This however, turned out to be the one that Tony had caught a few nights ago. Nevertheless, it was still great to see in the hand! 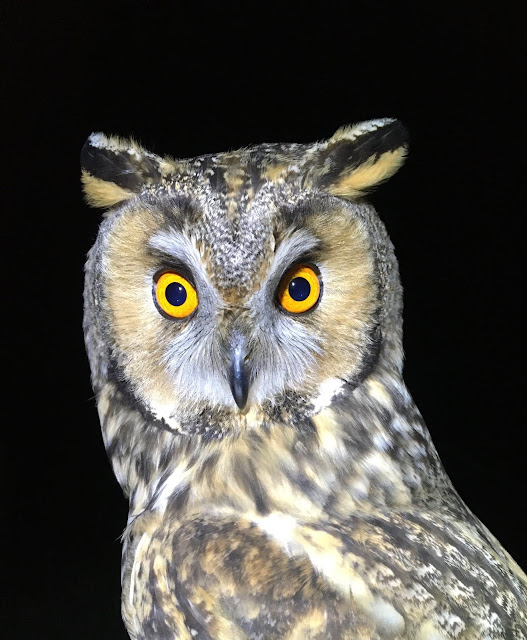 We decided to leave the nets for a bit longer, but, after nothing was seen for quite a while we decided to call it a day and take the nets down. On his way to the net, Tony could see another owl in there, so (like a cheetah in peak condition) he sprinted over and managed to get to it before it escaped. This time we had caught what we were trying for - a cracking Short-eared Owl. 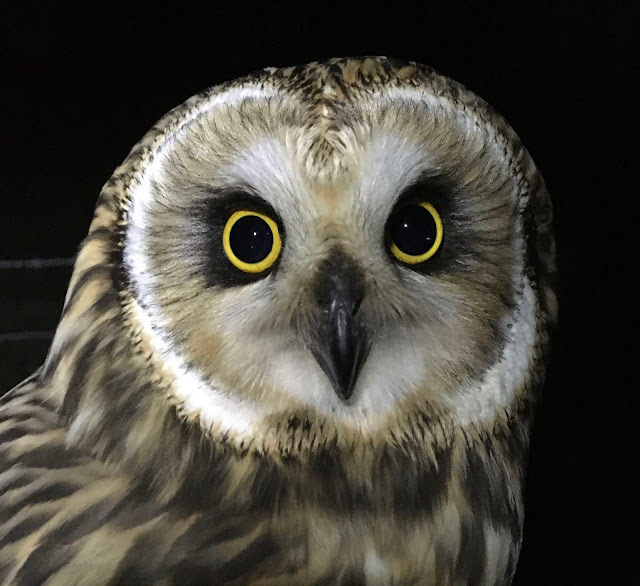 As if that wasn't enough, while I was out ringing Woodcock on Sunday night a Short-eared Owl decided it was going to chase one of the Woodcock that I was trying to catch. It disappeared out of site so I quickly put the call of Meadow Pipit on my speaker, and sure enough it came back to investigate! 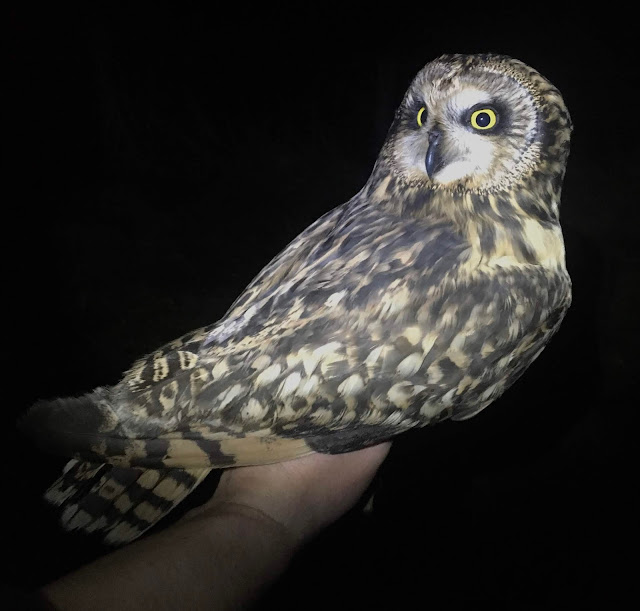 Hopefully we will get some more calm nights, as there seems to have been a small influx of Short-eared Owls (at least in our area).
Posted by Paul Leafe at 13:00